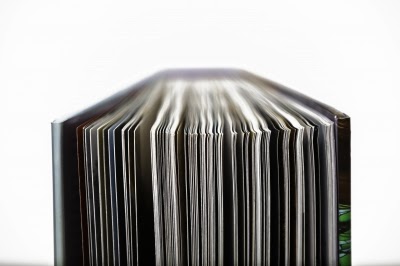 After much work and revision, I'm pleased to share the first chapter from my novel, "Broken Dreams".  Since I'm still working to complete the rest of the book, this may not be the final version, but it's pretty darn close.  I'll also be posting it under my "Broken Dreams" page (link at the top of the screen).  Enjoy!

1/31/14 - Using my executive powers of authorship, I've swapped the two scenes of the original first chapter and separated them into two chapters.  The excerpt included in this post is now Chapter Two.  The "Broken Dreams" page reflects the updated format.  Thank you!

Two things raced through Megan Brantley’s thoughts as she stood in line at the café inside The Book End, the bookstore where she worked – Ethan, the brown-eyed boy running the register, and the nightmare she’d had every night for weeks. Both sent her heart racing, though for very different reasons.


The dream had started a few weeks ago. At first, it was hazy and vague - but the past couple of nights, it had gotten more intense; more real; more terrifying.


She silently cursed the other customers in line. With so many people, Ethan would never be able to get away. She really needed to talk and he was the only one who knew about her dream.


Not that she had meant to tell him. It had slipped out after a particularly difficult night. He had given her that smile that made her weak in the knees and asked what was wrong. Exhausted and not thinking straight, she had spilled her guts. Despite being too cute for his own good, Ethan had turned out to be a great listener, too. So much for keeping her distance. Afterwards, she had felt embarrassed at having revealed so much and swore to take her breaks elsewhere. She didn’t need another complication in her life.


Unfortunately, her addiction to hot chocolate and the never-ending supply of books kept bringing her back. She’d never admit, even to herself, that they weren’t the only attractions the café had to offer.


A shout from outside the café drew her attention. A man with a week’s worth of scruff and clad in a worn leather jacket stood outside a red Ford Mustang, holding the passenger-side door open. He reached inside and yanked a petite brunette in a faux fur coat out onto the sidewalk. She stumbled over her high heels, barely catching herself before she fell. They argued, voices muffled through the thick glass of the store window. He gestured rudely and stomped back to the driver’s side, throwing the door open. The girl clutched his arm, crying hysterically. He shoved her away with a disgusted look before climbing in and slamming the door. The Mustang’s tires squealed as he peeled away.


The buzz of conversation in the café had quieted during the tumultuous scene, but then resumed even louder than before. Oblivious to her audience, the girl stumbled back to the sidewalk, tears streaming down her face.


Without a second thought, Megan left her place in line and rushed out the door, gathering the sobbing girl in her arms. Goosebumps raced up her bare arms in the frigid air, but she ignored them. The girl clung to Megan, burying her face in Megan’s shoulder and trembling as she wailed.


Once the girl’s sobs subsided, Megan pulled back and gave her a smile. “You okay?” she asked. “Do you have someone you can call?”


The girl stepped back and adjusted her purse strap. She hugged herself and nodded. “Yeah. My sister lives close by.”


“Do you need to borrow my phone?”


Megan reached into her pocket, but the girl shook her head and pulled a sequined phone out of her red vinyl purse. “Nah. I got my own. Thanks, though.”


“Would you like me to wait with you?” Megan asked, not wanting to leave her alone.


“I’m good.” The girl smiled and wiped a tear from her cheek. Her red-rimmed eyes stared out toward the street. “Thanks.”


Megan waited until the girl confirmed that her sister was coming before returning to the line inside. The warm air caused her chilled skin to tingle, but she barely noticed. Her attention remained on the girl. She should have asked her to wait inside by the fire, she thought.


“Hey, Megs,” Ethan said when she stepped up to the counter. He looked out the window to where the girl still waited. “You know her?”


The flip of her stomach when Ethan called her by the nickname only he used nearly didn’t register - she was still focused on the girl. “No.” A car pulled up and the girl got in. Megan sighed with relief. “I hope she’ll be okay.”


Ethan didn’t answer. She glanced over at him. He was shaking his head and smiling softly.


“Why are you looking at me like that?” she asked. Attention made her uncomfortable, especially from him.


“Not a lot of people would do that, Megs. At least, not for someone they didn’t know.”


Megan dropped her gaze, unsure what to say. She picked at a chip in the worn wood countertop until she heard him punching in her order. She loved how he never had to ask. “$1.28, right?” she asked as she pulled exact change out of her pocket.


She felt her pocket, but knew it was empty. “Did the price go up?” She only brought enough cash to pay for her hot chocolate, which made it easier to stick to her budget.


Moisture filled her eyes, but she blinked it back. She’d learned to keep her tears to herself. “Thanks,” she whispered.


“You act like nobody’s ever done anything nice for you,” he said, his voice teasing.


“Thanks,” Megan repeated, her voice stronger. He didn’t need to know the truth. No one did. Not like anyone cared anyway.


Hot chocolate and cookie in hand, Megan started to walk to her usual table next to the fireplace, but faltered. Someone was sitting in her seat. And not just anyone - her mother.


Rosemary Brantley was a perfectly-primped tornado, descending without warning, often leaving a trail of destruction in her path. The last time she had invaded Megan’s life, she’d managed to drive away the last friend Megan had left and create a deeper wedge between Megan and her father, Tony. Completely on accident, of course.


“I saw what you did,” Rosemary said with a smirk. She gestured at the chair next to her. “Have a seat.”


Megan eased into the chair, keeping an eye on her mother. She wasn’t fooled by the teasing tone in Rosemary’s voice. “I don’t know what you’re talking about, Mom.”


“Don’t play dumb. That little act outside,” Rosemary said. “Lover boy over there ate it up. What is he - twenty, twenty-one?”


Rosemary pulled a compact out of her purse and examined her reflection. “He’s too old for you,” she said absently.


But not old enough for you, Megan thought. “He’s only three years older than I am.” Megan sipped her hot chocolate. Ethan had added mint. Nice.


Rosemary tapped her French-tipped nails on the table. “I was your age when I married your father, when he was the older man and cuter than sin. I should have listened to my mom and dropped him when I had a chance. Could have saved myself thirteen years of hell.” She gave Megan a pointed look.


Megan ignored the implied insult. Competing with Megan for attention was the only reason Rosemary had stayed with Tony for so long. It certainly wasn’t out of love for her daughter. Tony tired of the verbal abuse and, following an incident Megan was ashamed to have had a hand in, filed for divorce just after Megan’s twelfth birthday. It was a relief when Rosemary moved out. Megan had hoped to patch things up with her father, but Tony distanced himself from the world, burying himself in research for his Elizabethan-age novel. Megan was left to raise herself.


“Speaking of your father,” Rosemary said as she nudged a box with her foot. ”I went by his place to drop off some of your things. I looked like a complete idiot when he told me you moved out three weeks ago. What kind of daughter doesn’t tell her own mother where she’s living?”


Megan rubbed her forehead. A headache was coming on. A big one. “I left you a message.”


“You know I don’t check my messages.”


Or her email. Or her texts. “Sorry,” Megan said. She stared at the cookie. Or maybe it stared at her. Hey, look at the loser, it seemed to say.


“Darn right, you’re sorry.” Rosemary snatched the cookie and broke off a piece. “There I was, with a bunch of your crap, and no clue where you were. I was trying to be a good mom. Not that I ever get credit for it.”


“And your father was too busy with that stupid book he’s writing to give me your address.” Rosemary gestured with the stolen bit of cookie before shoving in her mouth. “I wouldn’t be surprised if he doesn’t know where you live, either.”


It was a classic Rosemary move. Point blame and play the victim. “I told you I left you a message.”


“So you say.” Rosemary broke off another piece of cookie and ate it. “It doesn’t change the fact that I had to chase you down.” She looked around and rolled her eyes. “I could never work here. I can’t stand the smell of books.”


“I like it. Besides, they’ll pay for tuition.” She hesitated, debating whether to continue. “I’m thinking about applying at the community college in the spring.”


Rosemary huffed. “Yeah, right. Like that will pan out. You’re a dreamer, just like your father. Always dreaming, never doing.” She took the rest of the cookie. “If you were going to go to college, you would have gone a year ago.”


Rosemary rolled her eyes. “Oh, yes. Let’s whine about that again. How we’re horrible parents who wouldn’t help their spoiled little princess fill out a few papers.” The last of the cookie disappeared into Rosemary’s mouth. “That cookie was dry. I don’t know why you buy those things.”


Megan didn’t correct her. She was trying to think of a reason to leave before –


Ethan reached out a hand to Rosemary. “I’m Ethan. You must be Megan’s mom. How’re you doing?”


“Just peachy,” Rosemary gave him a tight smile as she stood up, ignoring his outstretched hand. She didn’t like being reminded of her age. “You’d be better off staying away from her,” she said, pursing her lips. “She’s too much like her father to do you any good.”


Rosemary gave her an innocent look. “What? You know it’s the truth.” She kicked the box of Megan’s things, careful not to scuff her leopard print Jimmy Choo pumps. “Take your crap. I don’t want it cluttering up my place anymore.”


For the second time that day, Megan battled her emotions. She took a slow breath and released, but the tension in her shoulders remained.


“Megs?” Ethan said to her as Rosemary sauntered away. He crouched down and touched her arm. “You okay?”


Megan refused to meet his eyes. The sympathy she knew she’d see there would be her undoing. She cleared her throat. “I’m fine. She’s always like that.”


She needed to smile, to pretend she was untouched. “It’s fine,” she lied again as she lifted her cup and faked a grin. “Thanks again for the hot chocolate.”
Email ThisBlogThis!Share to TwitterShare to FacebookShare to Pinterest