I don't always love what they do. 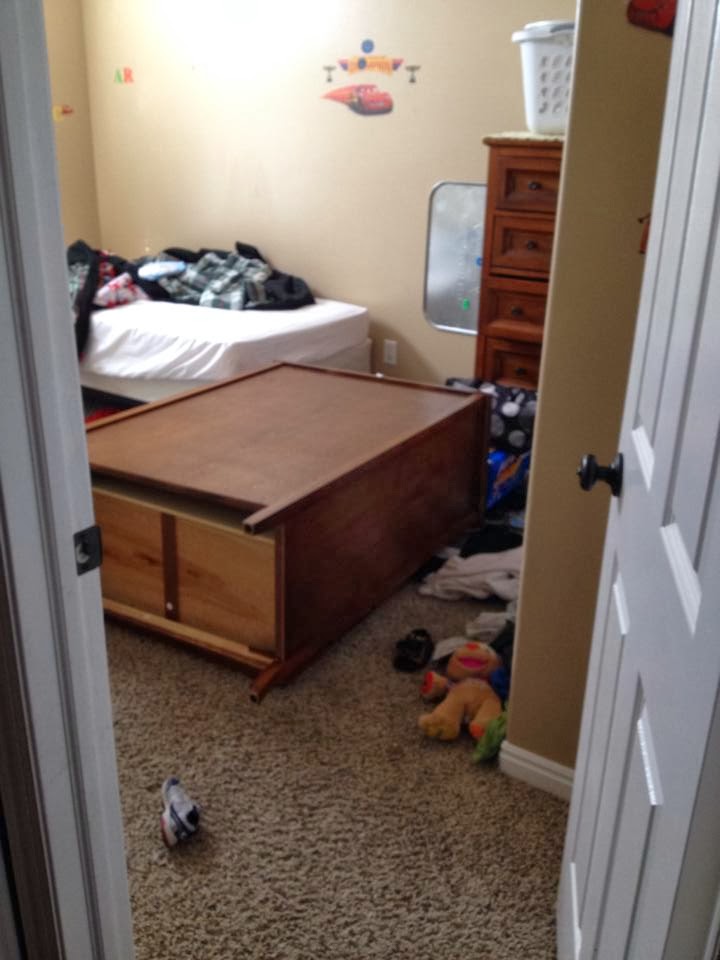 I'd like to point out their room was clean.  Oh, and the dresser usually isn't face down in the middle of the floor.

Earlier that day, their beds were made, books put away, dirty clothes were in the hamper, and all their shoes were in a basket in their closet - all part of my recent attempts to keep a cleaner house.  (See my last post.)

My two youngest children were antsy and stir-crazy, having recently recovered from a bout of the flu.  The rest of the house was showing signs of their restless energy - popcorn on the floor, toys and chalk scattered from one end of the family room to the other, books and papers thrown about.  When they disappeared into their room, I was grateful for the reprieve even though I knew I would have to clean it again.

I was enjoying my time sans children, when I heard my 4yo yell, "I got it!"  His cry was followed by a THUD.  History has taught me to investigate any loud noises as quickly as possible, for obvious reasons.  As I made my way down the hallway, my 4yo tore out of his room like the boogeyman was chasing him.  I could hear his brother babbling in toddler-ese, so I knew he was okay.  My first thought was, They got to the baskets again.  (If you look on top of the still-standing dresser, you'll see the baskets that were confiscated because they were being used as step stools to get to the microwave.)

When I reached their bedroom, I stood there, mouth gaping, for nearly a minute before I got it together enough to take a picture to send to my husband and post to Facebook (priorities, right?).   I then ushered my 2yo out of the room and locked the door to keep both my boys and the dresser safe.  There's no way I could have lifted that thing back in place myself.

It later occurred to me we had anchored the dresser to the wall to prevent this exact thing from happening.  My heart sank.  I knew there had to be a gaping hole in the wall.  Dreading the amount of work required to repair it, I went to assess the damage.

There was the anchor, still in place.  Whew! 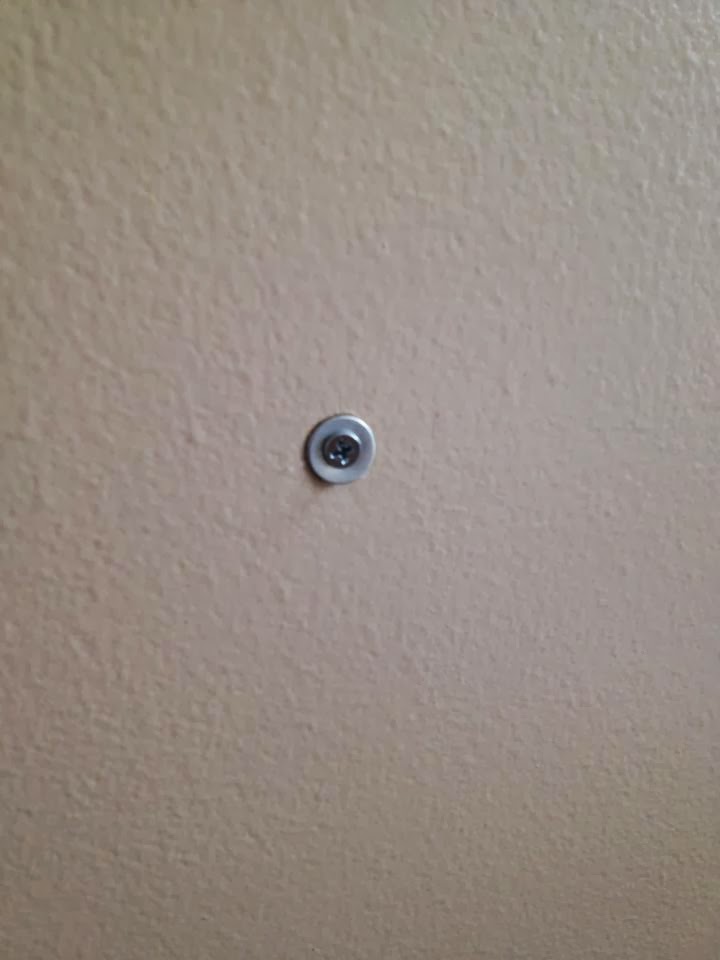 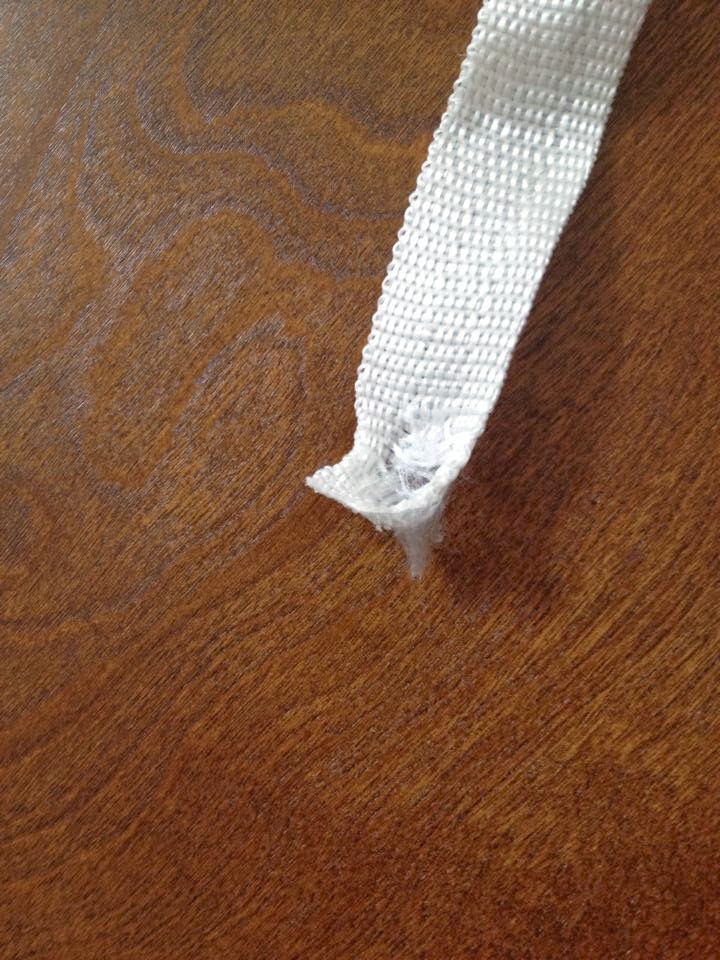 
MORAL OF THE STORY: (or How can you apply this to your writing?)

Most stories have at least one weak point (the strap) - whether it's unnecessary characters, plot bunnies, poor structure, overused phrases or descriptions, or something else.  Unless the weaknesses are identified and rectified, the story has the potential to fail (the tipping dresser).

This is where beta readers come in.  Beta readers (my overactive preschoolers) test the story, pushing it to its limits. They find the weaknesses so you can fix them before you submit.

I love my beta readers.  (Quick shout out to them because they rock!)  Sometimes, their suggestions are echoes of what the little voice inside my head has been saying.  Or, rather, nagging me to do.  And other times, they point out what I've missed.  My first two chapters wouldn't be half as good without them.


It's good to reread your writing yourself and revise accordingly.  In fact, it's vital to the writing process.  But until you put your stories to the test via beta readers, they'll never reach their true potential.

The key is finding the right people to fill the role.  Anyone can read your story and tell you what you want to hear.  Find the ones who will tell you the unvarnished truth and provide constructive criticism.  If you're really lucky (like me), you'll have a friend who enjoys editing manuscripts in her spare time.  Just make sure to get her a darn good Christmas present to thank her.

(FYI - My husband and I replaced the straps on both dressers with metal brackets and tested them ourselves.  Those babies won't be going anywhere!)

Obligatory end-of-blog question:
What qualities do you look for in a beta reader?
Email ThisBlogThis!Share to TwitterShare to FacebookShare to Pinterest