The Wolf in Grandmother's Clothing

In the story "Little Red Riding Hood", Red goes for a walk to visit her sick grandmother and give her a basket of treats.  With goodness in her heart, she enters her grandmother's home only to find her grandmother has been replaced by a miserable old wolf intent on doing her harm. 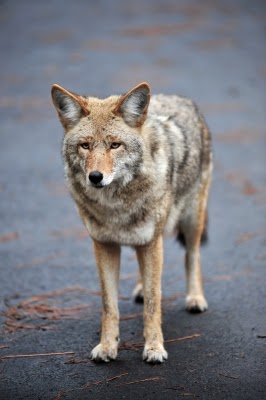 
How did Red feel at that moment?

Looking back on my life, I've realized I've been fooled by a "wolf in grandmother's clothing".

When I was a kid, our neighbors had a dog.  This dog was sweet and fun to play with, but had a tendency to escape.  Being the helpful kids we were, my siblings and I would call out the dog's name  to coax her to come to us so we could return her to the neighbor's yard.

There was just one problem - the name they gave their dog was a crude word in Spanish - something I didn't learn until years later.  How much they laugh every time they heard their little neighbor kids calling out that awful word?


Recently, I 'liked' a status on Facebook, wanting to show my support and happiness for the individual.  Less than twenty-four hours later, I received a private message from that person telling me that since I 'liked' that particular status, I had to post one of several statuses to fool others into liking or commenting to perpetuate the game.  Most were crude or cruel.

How often are we fooled by people or situations we trust?

To my great shame, I've also been the wolf.

In middle school, my friends shared their lunches with me every day.  Every.  Single.  Day.  I never asked them to do so, but they chose to sacrifice so I wouldn't go without.

For Valentine's Day, I had what I believed to be a clever idea.  I wrote a poem to each of those, asking for the repayment of a small amount of money I had loaned them.  It was cruel and unnecessary, but, for whatever reason, I thought it funny.

Yes, I did deliver those poems.  And yes, it damaged those friendships.  (To add to my shame - I had lunch money, but I used it to supplement my allowance rather than use it for its intended purpose.)  Our relationship was never the same again.

Having experienced both sides of the situation, I take great care in my dealings with others.  Am I acting in a way that will hurt someone else or make them feel like a fool for putting their trust in me?  Am I projecting an aura of trust only to replace it with deception, no matter how lighthearted or innocent I believe it to be?

When have you been made a fool?  Or when have you regretted making others feel foolish?
Email ThisBlogThis!Share to TwitterShare to FacebookShare to Pinterest