Chasing a Dream with a Laugh: Moving Madness

The other day, I took one of those quizzes on Facebook.  You know the ones - "Which color are you?", "Which Disney Princess are you?", and "What musical are you?"

I'm blue, Belle, and Mary Poppins.  In case you wanted to know.  I know you did.

Anyway, the quiz I'm referring to was "Which Word Best Describes You?"

I got quirky.  So did my 13yo - proving the apple doesn't fall far from the tree.  I can't deny the truth of that answer.  I am rather unusual.

We're building a new house.  The builder won't break ground until our existing house is sold.  So, for the past three weeks, I've been kicking butt and working hard getting my house ready to show.  It's been a whirlwind of cleaning, packing, Magic Erasers, trips to the store, small injuries, dry hands, list-making, appointments with realtors, and more than a little paperwork.

During the endless hours of prep work, I became bored.

It happens.  There's not much of a challenge in putting things in boxes and I could pretend I was playing real-life Tetris for only so long.

So I got creative and put a note on one of the boxes I was packing. Once I started, I couldn't stop. 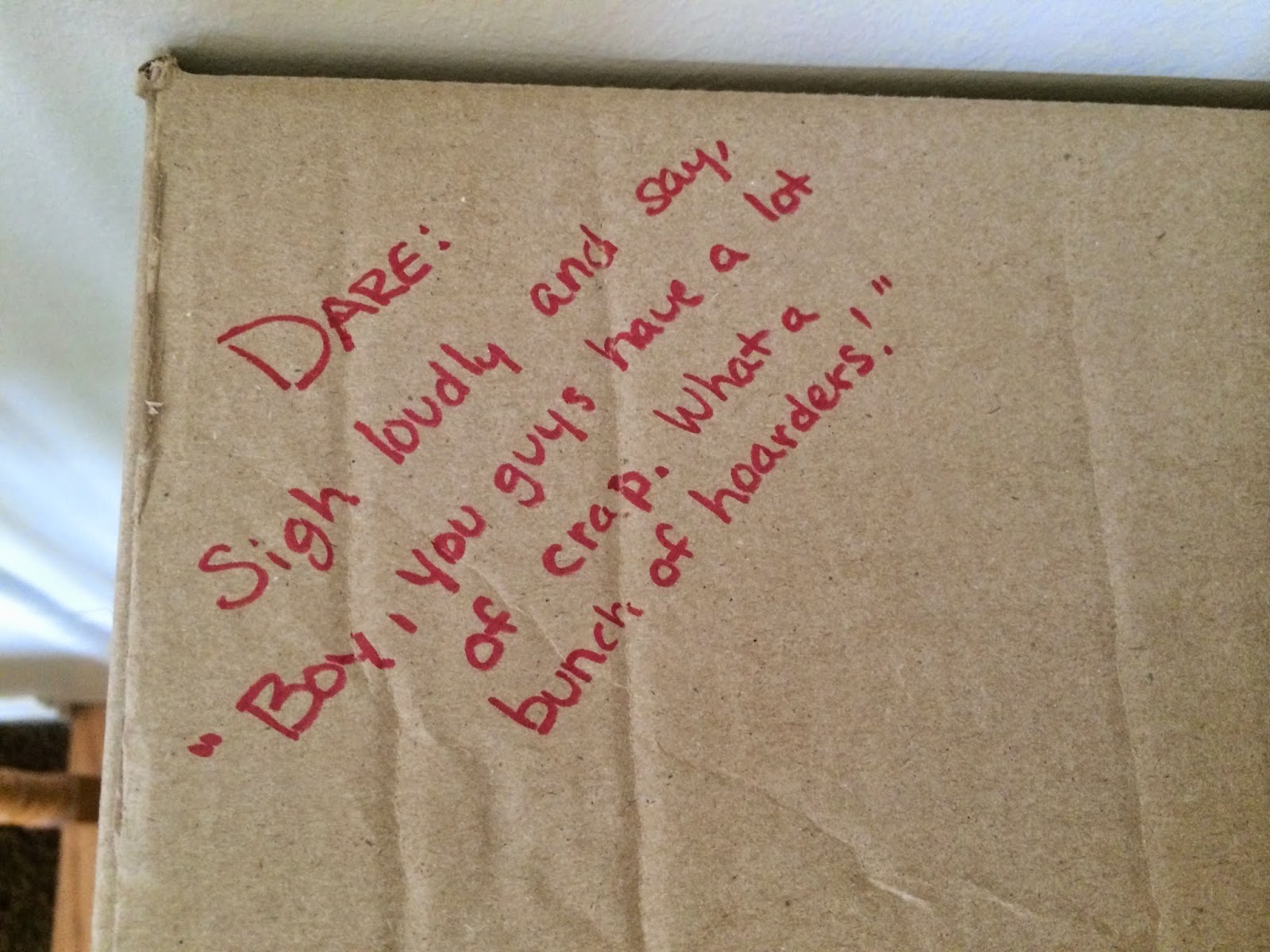 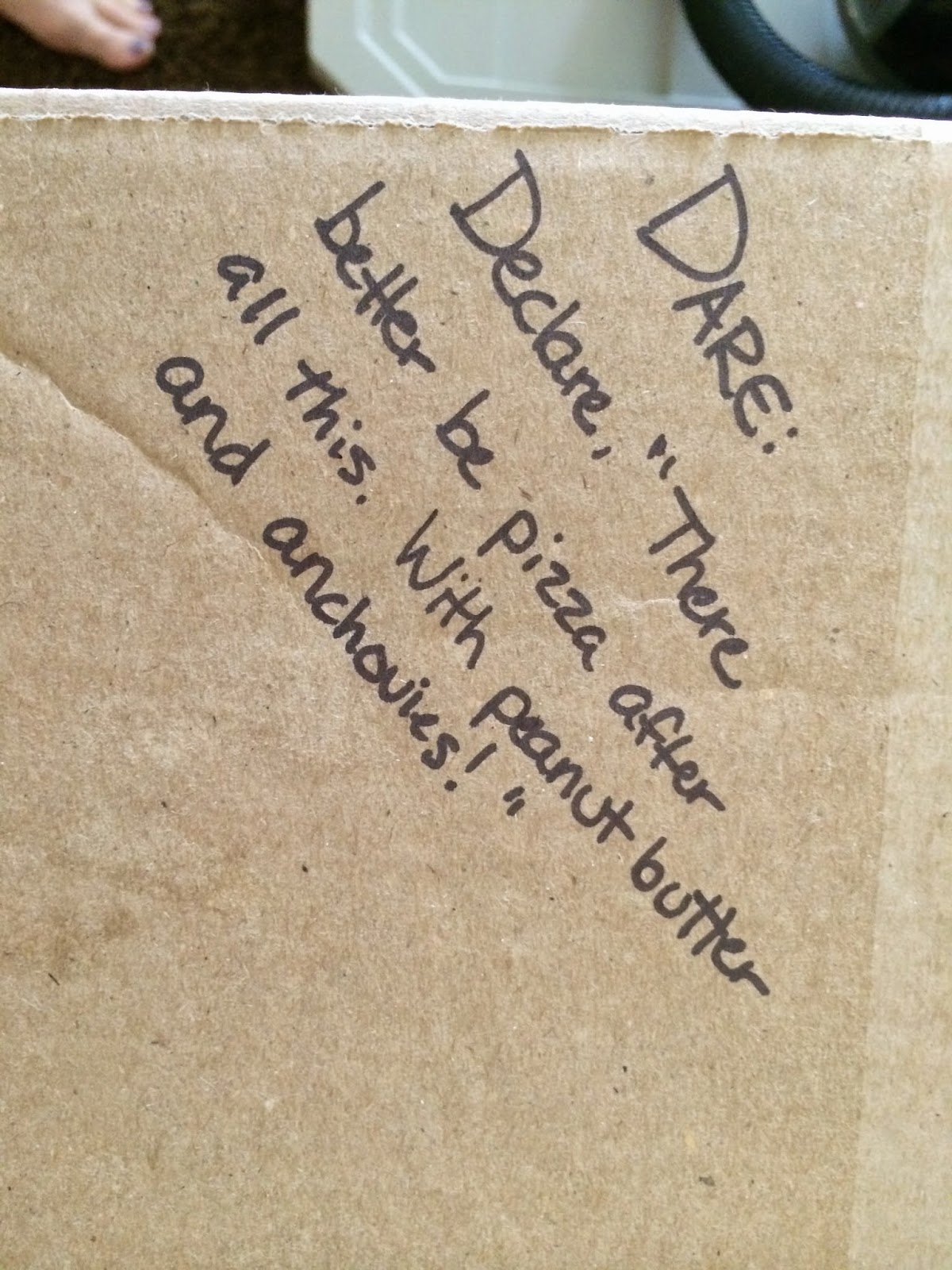 There's my shout out to the Teenage Mutant Ninja Turtles.  I watched every episode as a kid...multiple times.  The original series.  Not the one where their eyes are pure white.  That's just wrong.

I was pleased with myself.  Probably more than I should have been, because it's kind of dumb.  But I was on a roll.  My geek side took over at this point. 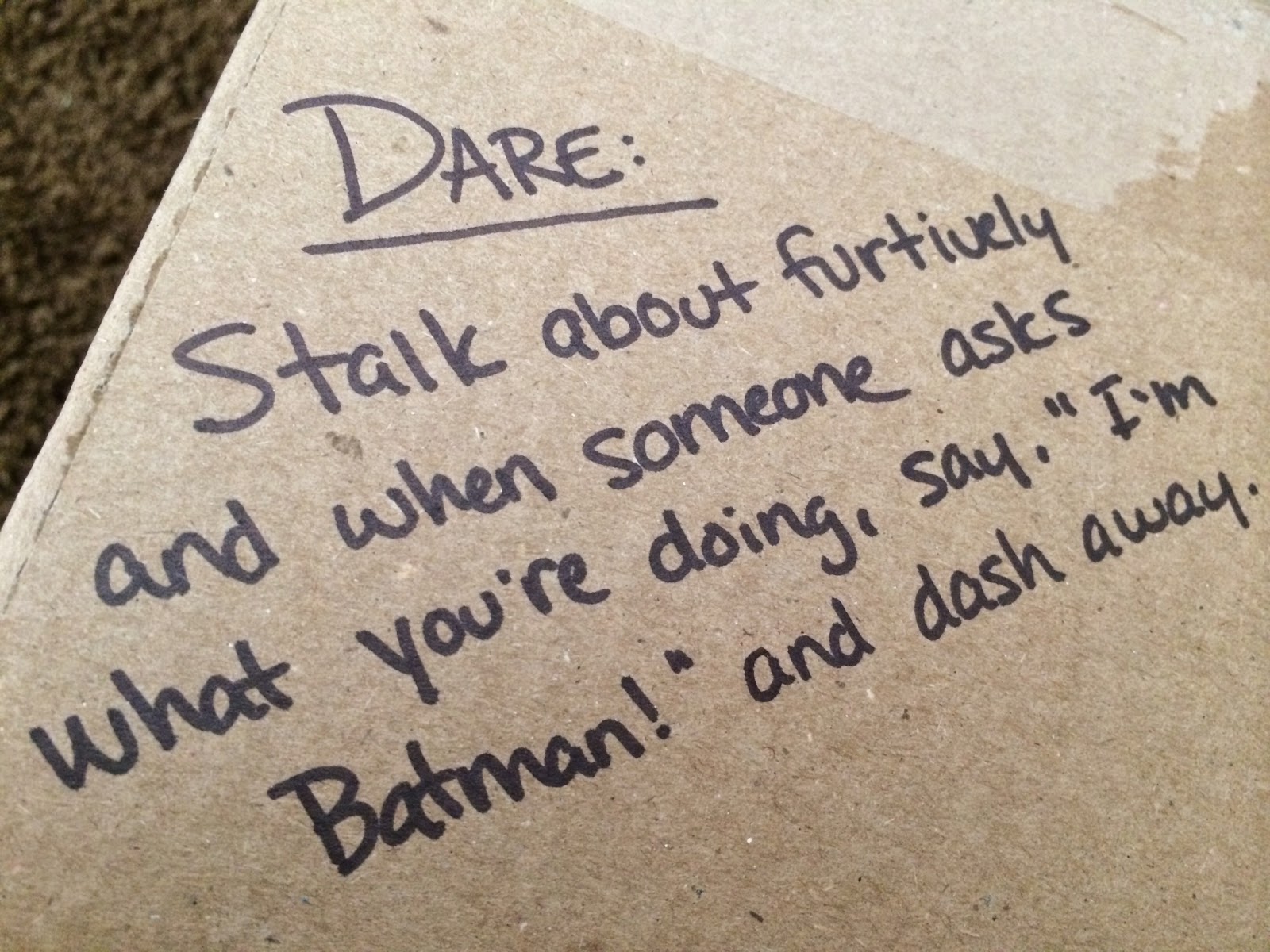 I really hope someone does this, by the way.  How awesome would that be?

This last one is my crowning jewel, my masterpiece - the one where I will absolutely die laughing if someone actually takes the dare. 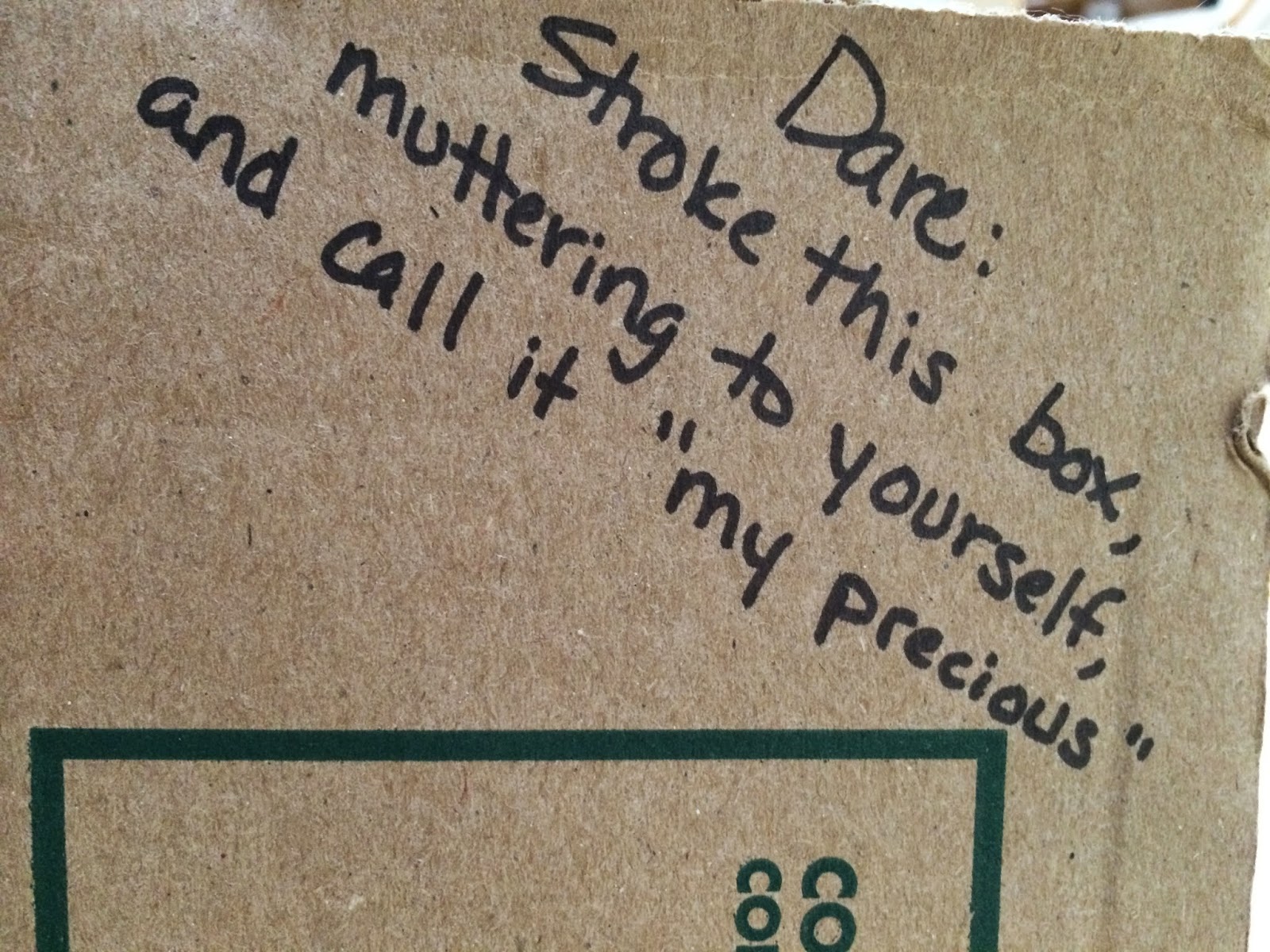 Bonus points if it's in Gollum's voice.

Do you see why I can't debate the result of the quiz?  I am most certainly quirky, if not all out weird.

Now, if you'll excuse me, my youngest is chasing the cat through the house carrying a lighter.  It's a good thing I'm already a bit off, otherwise my kids would have sent me to the looney bin ages ago.