Today's guest author is my first featured Dream Chaser.  She's one of the biggest reasons I jumped back into the deep end of the world of writing.  Her example inspired me to follow my heart and chase my own dreams.  Having her be my first Dream Chaser was a no-brainer.  Cuz she kinda rocks.


Juli Caldwell - author, friend, and all around awesome lady

When Lysandra asked me to talk about chasing my dreams, I immediately felt little bats in my stomach flapping to break free. Talking about myself makes me incredibly nervous, but she’s such a great friend that I couldn’t resist. She and I have much in common, and I admire her more than she’ll ever know. So...here goes!

I’ve been writing ever since I can remember. I used to take scraps of paper to scribble my stories, and I spent a lot of time talking to myself as I got carried away in my own imagination. I’m sure everyone in my family thought I was crazy, but the dialogue streaming through my head has always been so distinct. Different characters have always lived inside my head. I have six rowdy siblings but preferred to be alone (probably because of six rowdy siblings), yet I never felt alone. I had constant companions inside my head. Pursuing my dream to write always felt natural because those characters have lived within for so long. Letting them speak and tell their stories always felt like it was supposed to happen.
My first novel sounds like one of those crazy movie stories that is just too good to be true—a girl and her best friend have the same idea for a book, so they decide to write it together. Book is accepted by first choice publisher on first submission. Happily ever after! Thus Beyond Perfection was born, a book that was released about 10 years ago. It’s currently out of print as far as I know, but still lives on as an ebook. (And no worries on the whole perfection thing—I had plenty of rejections after this came out!) I learned a lot about publishing and editing through this experience, one of which is that I’m more comfortable doing the work myself for a higher return. That’s why, after I finally graduated from college with a degree in writing (after living some life and having a couple of kids), and I was ready to publish again, I decided to release Psyched as an indie writer. This means all the leg work of editing, cover design, and marketing fell squarely on my shoulders. Fortunately there are tons of great and supportive writers’ communities online, and these people are my lifeline when I have questions or need feedback. 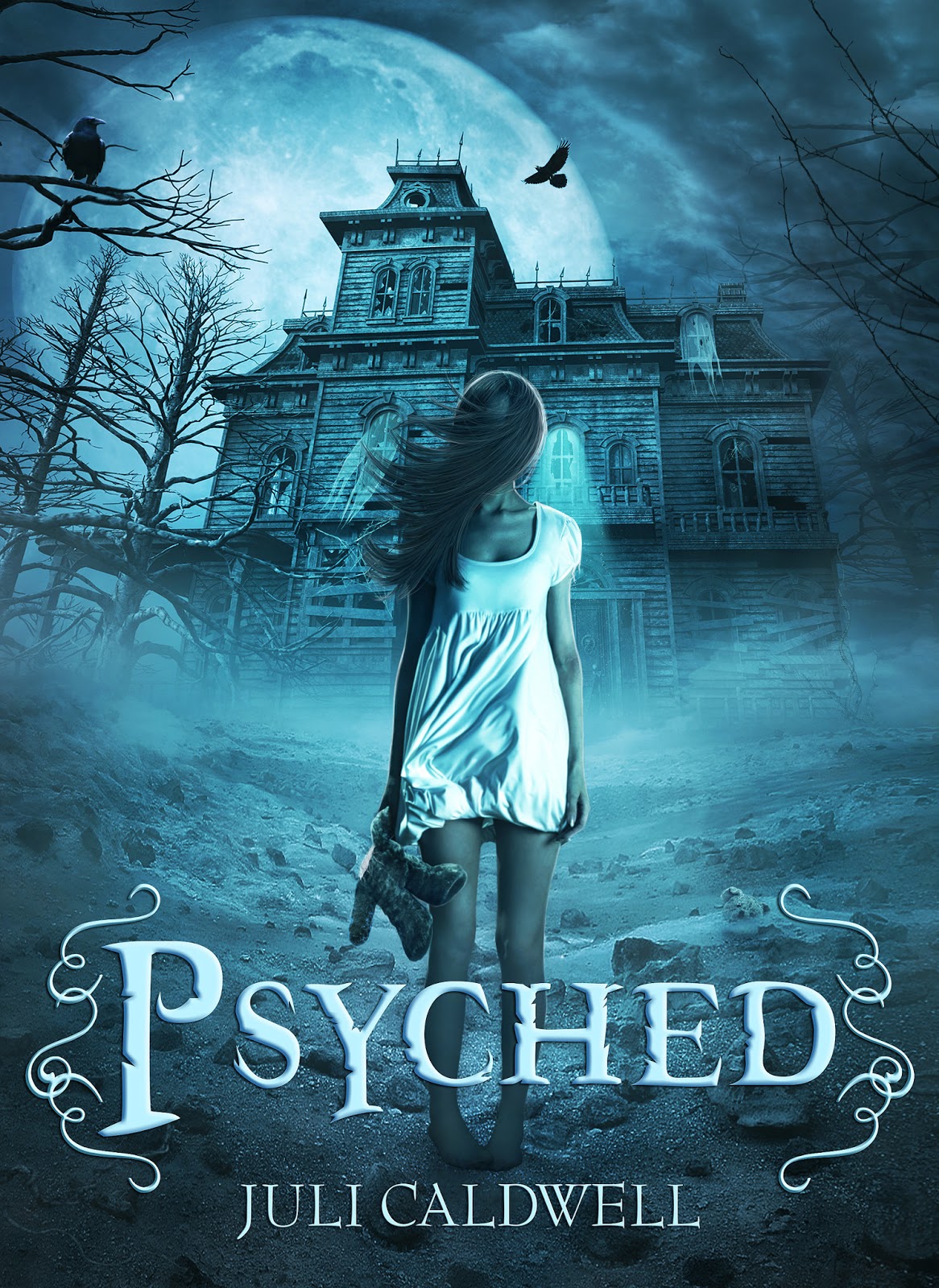 The best part about publishing as an indie is the accelerated time frame. It took 2 years from the moment we started writing Beyond Perfection to the moment it hit bookshelves. In the past year, I’ve released two books, Psyched and a romance novella, Arms Wide Open, with a third coming this July. Remember those writers’ forums I mentioned? That’s how I became involved in the Gates of Atlantis series. It’s a series of six books for kids 4th grade through high school (although adults may enjoy it as well, if fantasy is your thing). Each of us authors created our own stories all tying back to the lost city of Atlantis. I had a great time writing my offering, Gates of Atlantis: Secrets of the Mine. That’s the best thing about indie publishing, I think. I’m able to explore different genres and tell so many different stories. I never would have given mid-grade writing a try if not for Gates of Atlantis, but it was so much fun to write that I think I’ll do a few more!

I don’t write to make money. Not gonna lie, if I sell a million books I’ll be totally happy, but that’s not why I do it. When I started my paranormal YA novel Psyched, I began to write it because my main character Aisi just appeared in my head one day, telling off a demon. I fell in love with her instantly and wanted to let her speak. This is where my stories come from—my brain doing its own thing. 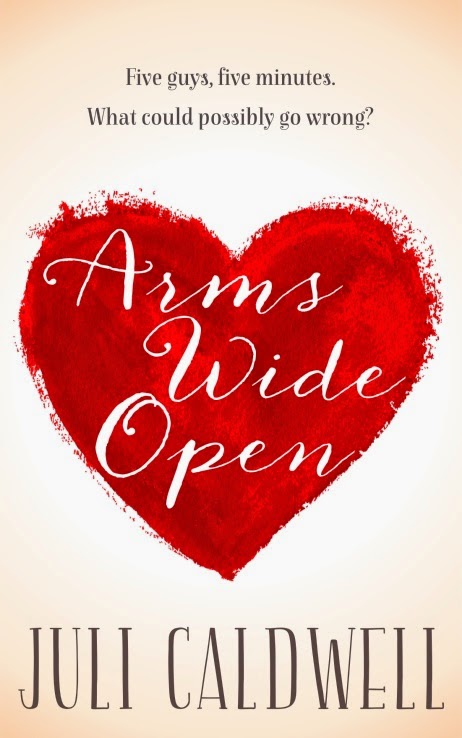 My dream is to keep sharing these stories that randomly appear in my head and hope that someone else finds joy in them. Nothing makes me feel better than getting a review where people love my characters as much as I do, and they let me know they appreciate that my characters feel like real people. My dream is to write books where skin color and background don’t matter, to write clean stories that kids can get lost in, to create kick-butt heroines who have this innate sense of their self-worth and are strong because they know they’re good people. There are plenty of boiler-plate fluff heroines out there—my dream is to have my heroines kick their trash. 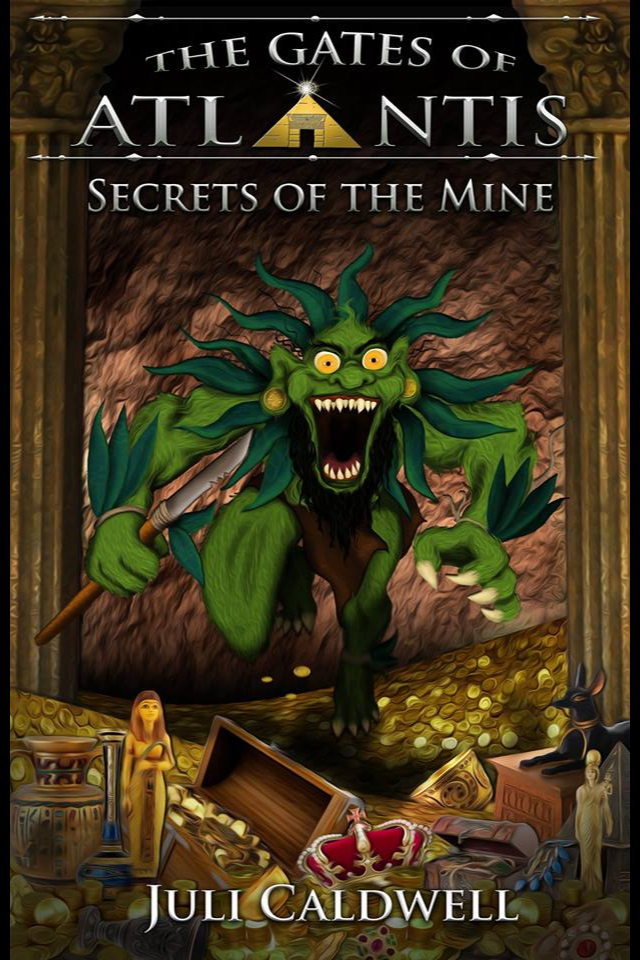 Coming July 2014: Secrets of the Mine
Adam Alfaro daydreams about magic, myths, and becoming famous for discovering the lost city of Atlantis. The only problem? He has to spend spring break in Africa while his mom works. To make it worse, everyone expects him to be friends with the annoying Clancy Pitt while he’s there. It’s dislike at first sight...until he realizes she might know a few secrets about Atlantis.
Then he meets Nef, a spirited sea kelpie who needs help rescuing naiads kidnapped and left to die in an ancient mine. Suddenly the strange creatures Adam dreamed of become all too real. And they’re after him. Can Adam, Clancy, and Nef fight their way through the maze of tunnels in the mine and reach the naiads before it's too late?


**Lysandra here.  Since Juli didn't promote herself on Twitter or mention her blog - entitled "Oh, How Novel" - I'm doing it for her.  Just click on the links.  I'm also going to shamelessly promote my favorite Juli Caldwell work - a novella entitled Arms Wide Open.  As of 12:30 pm on June 20th, 2014, it was only $.99 on Amazon.  Most definitely worth the read!

If you know of a Dream Chaser or a Dragon Slayer you would like to see featured here, please let me know.  Email me or comment below.  And as always, if you like what you read, please share!