Be True to Yourself 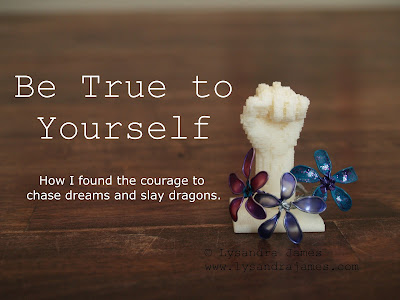 I recently spent time with someone whose sense of identity is still fluctuating. While she tried to project herself as confident and self-assured, her opinion often changed to match my own. She made excuses for her lifestyle and even her behavior and put on a show that was painfully obvious.

And I had to ask myself, "Was I really like that?"

I'm afraid I was.

Later in the movie, when captured by Lord Business and interrogated by Good Cop/Bad Cop, Emmett was shown a video of his "friends". The people who mattered most in his life barely knew who he was because nothing he did stood out. He was just like everyone else. Despite all of his efforts, he wasn't memorable. He wasn't anyone special.

It wasn't until he discovered and embraced who he really was that he reached his full potential. 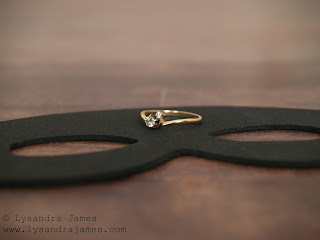 When my husband and I first met, I was still very much a work in progress. I didn't know who I was or what I wanted in life. For whatever reason, he married the mess that I was anyway. At first, I was happy. I had what I thought I wanted most. I liked the same things my husband liked, did the things my husband did, and agreed with everything he thought. I was the perfect wife. It was supposedly the perfect life.

A few years later, something inside of me snapped. I just couldn't keep up the facade I didn't even know I was projecting. I couldn't be something that wasn't the true me and I finally said what I was thinking.

"You're such a dork," I said to my husband after he did a particularly dorky thing I can no longer remember.

My words surprised him. His quiet, submissive wife - who never spoke her mind about anything - called him a dork. I'm sure he didn't know what to think.

That simple word changed everything for me. After spending my entire life being what everyone else wanted me to be, I finally let the true me peek through. Just a little. And the crazy thing was that the world didn't end. He didn't divorce me. In fact, nothing bad happened. I had spoken my mind and it felt good.

There was no stopping me after that. My husband's sarcastic wit rubbed off on me and soon I was sparring words with him like a pro. Not surprisingly, he stepped up to the challenge, invigorated and excited about this new side of me.

I stood my ground after we were flooded out during a camping trip and I had to borrow dry clothing from someone else just to make it through the night. No more tents. Ever. The next season, we had a tiny little camping trailer.

I spoke out when my husband was being unfair about spending. Once he realized we had both been neglecting my wants and needs, he stepped up and bought me a new laptop - the one I still use today.

The newfound freedom was exhilarating. 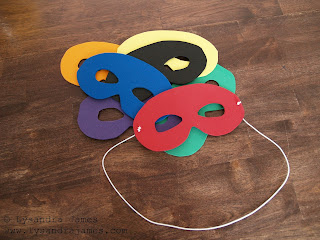 Over the course of several years, I shed layer after layer of masks I had built up to be accepted by the world. Geek, nerd, crafter, baker, organizer, writer, believer...they all emerged, one by one. It was almost as if I had to publicly test each aspect of my personality before releasing another. Once released, they couldn't be repressed any longer.

I became happier and more fulfilled. Crying bouts became fewer and further between (I can't even remember the last time I cried). I saw beauty in everything around me. I appreciated the things I had. And my trials became easier to bear.

As I evolved, I noticed something about my children, something I never expected - they evolved with me. Particularly my oldest, who has been with me through the entire process.

Now, I have three headstrong, self-confident boys who know what they want and where they're going. They know who they are and don't let the world tell them differently.

All because I stood my ground.

All because I discovered who I am.

All because I am true to myself. 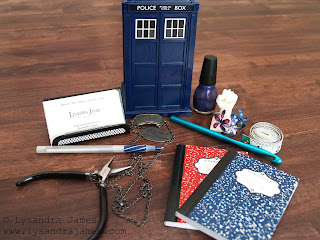 I am who I am and I'm no longer afraid to be a geeky, nerdy girl who has a million stories racing through my mind. I'm no longer afraid to go out in public sans makeup with my hair in a messy ponytail to pick up a gallon of milk. I freely admit my flaws and know I'm still a work-in-progress. Criticism no longer cripples me. I no longer worry about being popular or looked down on because I choose to be different.

I'm no longer afraid to speak.

I'm no longer afraid to be me.

The dragons that have held me back are slain and I refuse to look back. I'm far too busy chasing my dreams.
Email ThisBlogThis!Share to TwitterShare to FacebookShare to Pinterest
Labels: Dragon Slaying, Dream Chasing