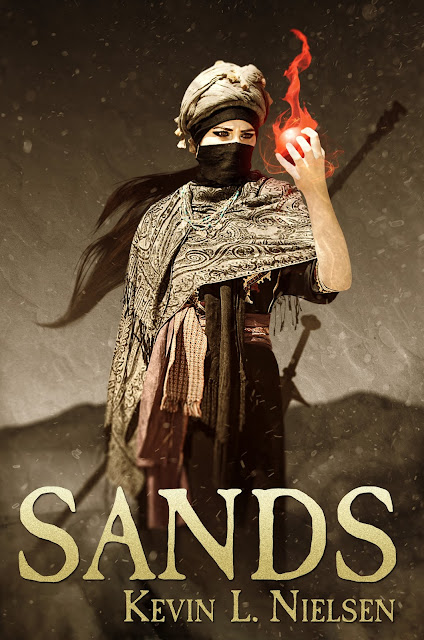 I was introduced to Kevin's work this summer just after Sands was first published.  I'm not usually one to judge a book by its cover, but his cover art drew me in (isn't it gorgeous?!). On a whim, I went ahead and bought it despite not knowing anything about the story. I have not regretted that spur-of-the-moment decision. The story sucked me in and didn't let go until it was done, then left me crying for more. It's an excellent debut novel and I foresee great things in Kevin's future.

When I reached out to Kevin, asking him to be my first returning Dream Chaser, I was thrilled when he agreed to write a guest post. A few days before his post was due, he learned he would be a panelist at the Salt Lake Comic Con. Despite a slammed schedule, he made good on his promise to get me his guest post in time. A punctual, purple-loving, dragon-riding author who's sitting on a panel at Comic Con? Yeah, he kinda rocks.

It's not surprising he was presented an amazing gift from a reader - a sixty-second piano soundtrack for Sands. You can view it here. It's hauntingly beautiful and I've already informed Kevin if he can convince the composer (Jason Lyle Black) to sell the sheet music, I'll be first in line.

If you'd like to meet Kevin and get a signed copy of Sands, here's his schedule for Salt Lake Comic Con:

I plan on being there to support him. Dream Chasers have to stick together, after all! If you're unable to make it, you can still keep tabs on him on his author Facebook page here.

And with no further ado... 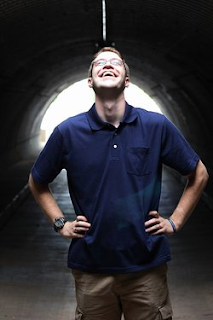 "Kevin L. Nielsen's journey into writing began in the 6th grade when an oft-frustrated librarian told him there simply wasn't enough money in the budget to buy any more books. She politely suggested he write his own since there were no more unread books left in the entire library. His teacher at the time also challenged him to read the Illiad by the end of the year (which he did). Kevin has been writing ever since (and invading libraries and bookstores everywhere).Kevin currently resides in Utah with his amazing wife and two wonderful children. He's still writing and continuing a lifelong quest to become a dragon rider. He also has a thing for purple shirts, though you can't tell from his author picture.You can find Kevin on his website, kevinlnielsen.com." ~ courtesy of Kevin's "official" bio

Each of us has an innate desire to accomplish something in life, to be remembered, to make a mark on the world in some way or another.  But life is hard.  There are challenges and setbacks, hills and mountains to climb, life to live, but that dream can be like a guiding star through life’s journey.  I think the true role of dreams is best captured in the lyrics of the song, “If We Hold On Together.”

“Don't lose your way
With each passing day
You've come so far
Don't throw it away
Live believing
Dreams are for weaving
Wonders are waiting to start
Live your story
Faith, hope and glory
Hold to the truth in your heart

I recently published my first novel, Sands.  Many people ask me how that journey started.  Well, it started as a dream, as a belief, and as a desire.  It started way back when I was 11 years old and my school librarian couldn’t afford to buy any more books.  So I wrote one, hoping to be the next child prodigy writer, make it big, and write books the rest of my life.

It didn’t happen that way.

I’d written 13 complete manuscripts by the time Sands was accepted for publication. 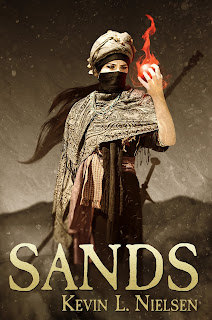 There will be a lot of people in life who tell you there’s a simple, multi-step process to setting goals to accomplish your dream and how to go about achieving those goals.  There’s really only two steps.

Step 1 – Faith.  Faith is a belief that has turned into action.  You believe in your goal (and yourself) and you work toward it.

Step 2 – Endure.  Endurance means to continue having faith regardless of the obstacles or time involved in obtaining the goals and dreams toward which you’re working.

That’s it.  Seem simple?  In theory, it is simple.  Where it gets tricky is when you try and actually do it.  But the thing about dreams is that they’re worth fighting for – they’re worth believing – they’re worth the time, effort, heartache, and pain you go through to achieve them.  Life is a journey, not a destination.  Each step you make gets you closer to your goal.  And the funny thing is, once you get there and you’ve realized your dream, you find there’s something else to look toward, just beyond the horizon.
Email ThisBlogThis!Share to TwitterShare to FacebookShare to Pinterest
Labels: Dream Chasing