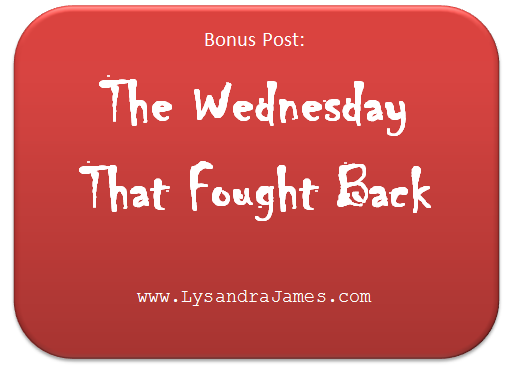 Note: This post includes screen shots from my personal Facebook page. Spoilers! My real name is not Lysandra James. But no one - and I mean NO ONE - ever says our last name right the first time. My pen name is much more user friendly. Besides, I like keeping my writing life separate from my personal life. It's just how I roll.

Everyone has bad days. It happens. For the most part, you duck your head and hope to get through without too many bonks in the noggin.

Wednesday was one of those days. And it was out to get me.

At least, it tried.

I wish I could say it started off like any other day, but I would be lying. It began with a little knock at my bedroom door.

Before you get to thinking this is way too early to start the day, I want you to understand I normally wake up at 5:00 and knock out an hour's worth of writing before alarms start going off and I have to do the whole mom thing. It's now my thing and I love it. I go to bed excited to wake up again.

However, that little knock changed everything.

My tiny writing-time interloper demanded Goldfish crackers and Peanut Butter Crunch cereal as his early morning tribute. And then refused to go back to bed, even though he finished his snack by 5:30.

What followed was a series of sanity-testing contests of will - mom vs. 4yo - and I'm ashamed I retreated to my corner for a brief tearful respite.

Friends rallied to my cause, lending words of encouragement and support. Even my 14yo son stepped up his game and came to my aid. I can't even tell you how much I love that kid.

A stint in carpool/traffic control volunteering at my 6yo's school (which I love) and a fantastically challenging Pilates class later, I was feeling pretty good. In fact, I was getting a bit cocky.


Wednesday didn't like my change in attitude one bit. It started with a bit of a poke, just to test the waters. 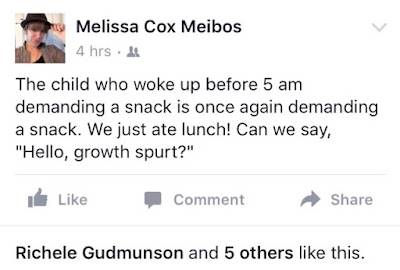 I didn't realize what was happening. My mind was a little preoccupied (read obsessed) with a certain gooey, chocolaty goodness that was demanding to be made.


The thought of finally fulfilling my craving so overcame my senses (and good sense), that I was blindsided by yet another setback. 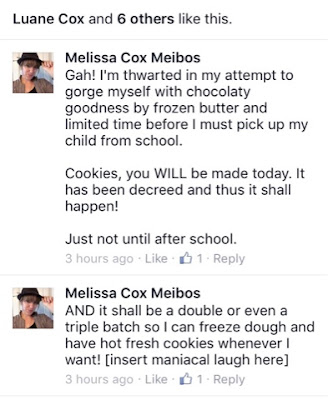 This minor setback was followed by a direct assault!


The adrenaline started pumping and I went on the attack. I was determined to get something done. But what? Yes! The critiques for my writers group! 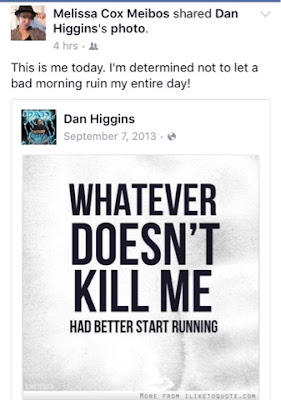 
But my friends leaped to my side, spatula in hand, to beat Wednesday back.

Fully fortified and morally rejuvenated, I decided to show Wednesday who was boss. With a freakin' TRIPLE BATCH!!! (Most of which got frozen for future use.) 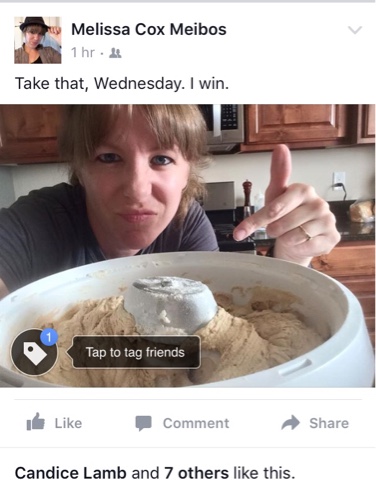 Blow after blow rained down on the offending day. 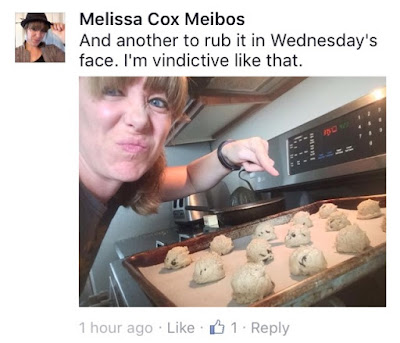 Flour flying and dough splattering, I was relentless in my attack. 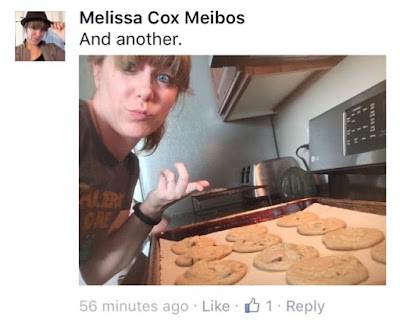 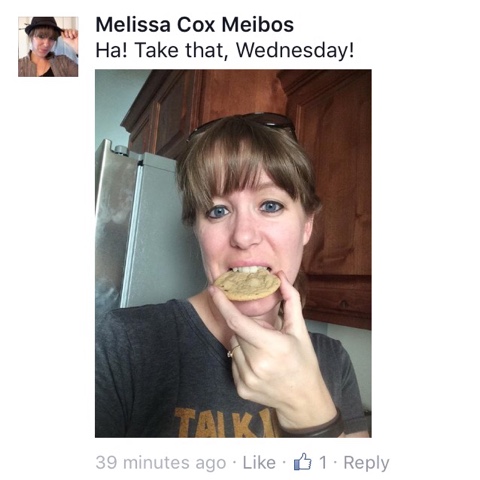 Wednesday, you tried to defeat me with your underhanded schemes and evil plotting ways, but it was all for naught. For this sword-wielding, accident-prone, cookie-craving crazy lady will not go down without a fight!

(I see you looking at me askance, Monday, you bane of the week. I dare you you to try it. Go on. I'm ready.)
*Editorial note*
Mere hours after posting this quite arrogant tale, Wednesday reared its ugly head once more. You would think I'd know better by now. [hangs head in shame] 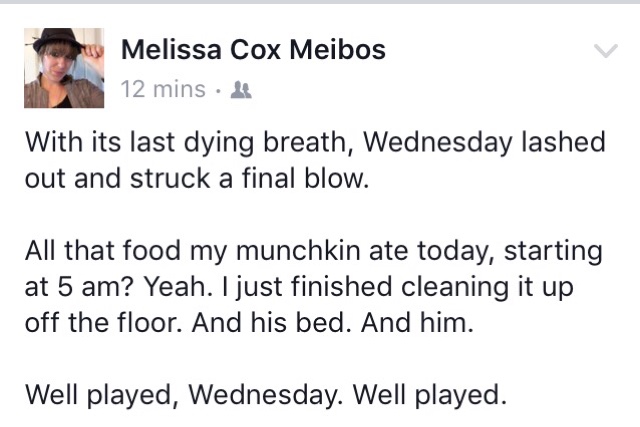