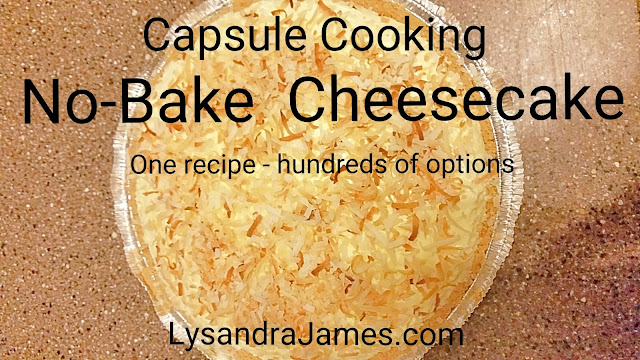 Did I get you with the title of this one? Because really, who can resist a good cheesecake? Is it even possible?

And what if I told you there's a way to make this one low-fat as well?

Confession time. Despite the name, this isn't a true cheesecake. Seriously. There's no cream cheese in it anywhere. Don't let that stop you, though. The light creamy texture and customizability (if that's not a word, it should be) will pull you in and hold you tight as you roll your eyes back in rapture at the first bite.

Maybe I'm exaggerating. But only a little.

That's right. Just four ingredients. If you look closely, you'll notice I'm using lite whipped topping and light sour cream. Fewer calories, same awesome taste. You can even use the sugar-free pudding mixes. This recipe is so ridiculously versatile. I love it!

Oh, wait. First we have to have a crust. My default crust is a graham cracker crust. Fast, easy, and you can buy one super cheap. Or make one, if you're so inclined. However, this time I chose to go with crushed vanilla wafers. Pulse them in the food processor for a couple of minutes...

...and put them in the bottom of cupcake wrappers. I was using my writers group as guinea pigs for these variations, so I went for individual portions rather than full pies. You know, to make it easier for us to snack while doing writerly things. 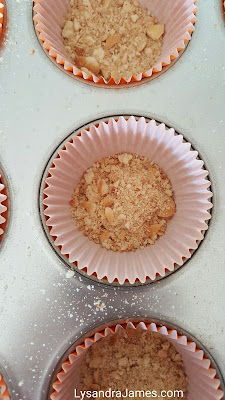 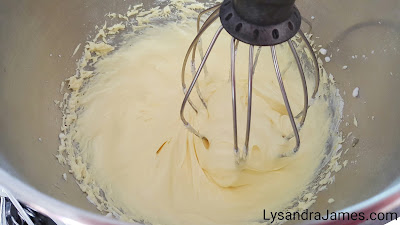 Scoop the filling into/onto the crust. Add any toppings you like. I was in a rush for this one and feeling a little lazy, so I just used the leftover crumbs from my "crust". But look how pretty it is! 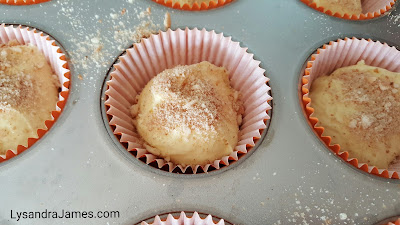 Refrigerate for 30 minutes to let set and enjoy!

Ummmm...all I did was use lemon pudding mix. You can add some lemon extract, if you want, but the lemon flavor is plenty strong without it. This could be really good with a chocolate graham cracker crust and drizzled with chocolate syrup. Or top with fresh berries and granola. Mmmmm.... 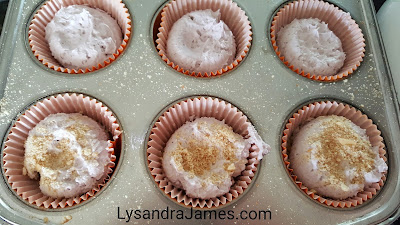 WinCo had a package of blueberry greek yogurt pudding mix sitting on the shelf, tempting me. I couldn't resist. However, I was concerned about how it would turn out. I shouldn't have worried. This was one of my favorites. Light and fluffy...the flavor was delicate and refined. If I were to take this one up a notch, I probably would have added blueberries right into the filling and topped it with whipped cream and almonds.

This variation is thanks to my friend, Tifani Clark, who was last month's featured Dream Chaser. I love her creativity!
Instead of putting the pie filling on top of the dessert, she stirred it in. 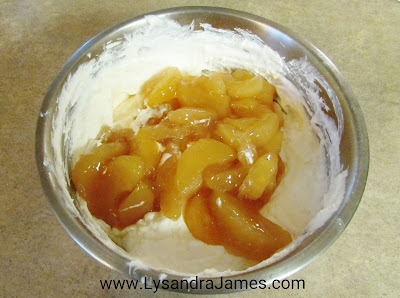 She then added a crumb topping. 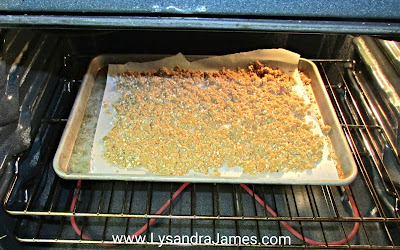 And drizzled caramel sauce on top. 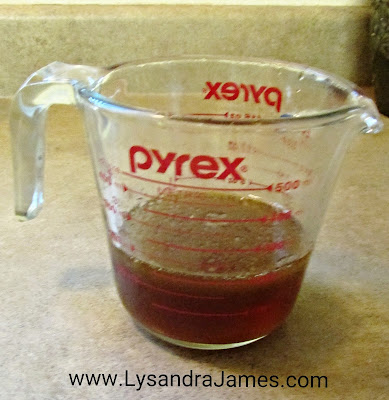 It was a big hit with her family! And dang, it looks good. It's now on my to-do list. And my to-eat list. 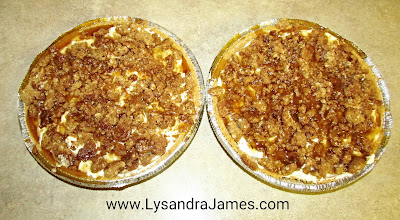 My amazing and wonderful friend, Julie, dove right into this capsule. I think it's her favorite so far. She used butterscotch pudding and sprinkled candy corn on top. This one comes with a warning - it's super sweet, but really good. So small portions and lots of them. 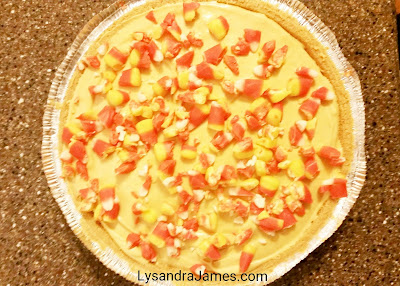 When Julie told me about this one, I about died. I've been on a coconut kick lately and dang, this sounded good. Coconut creme pudding mix topped with toasted coconut. She says the coconut flavor was almost too understated, but it was still amazing. 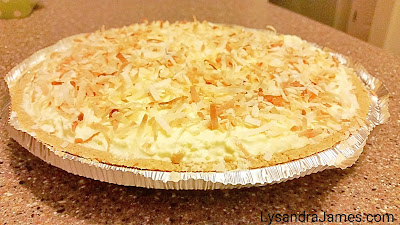 I couldn't resist trying this one out myself, but I kicked up a notch. Toasted coconut in the filling, 1/2 teaspoon coconut flavoring, and topped with toasted almonds and mini chocolate chips. Did I mention this was in a chocolate graham cracker crust? It tasted just like an Almond Joy. Sorry, no pictures. It didn't last long enough for one.

This capsule has so many possibilities, you'll never make the same dessert twice.

What kinds of combinations can you come up with? Base it off your favorite dessert or candy bar. Come up with something truly unique. Mix it up, change it up, have fun with it! And let me know how it turns out. I'm dying for new ideas.
Email ThisBlogThis!Share to TwitterShare to FacebookShare to Pinterest
Labels: Food & Drink, holidays