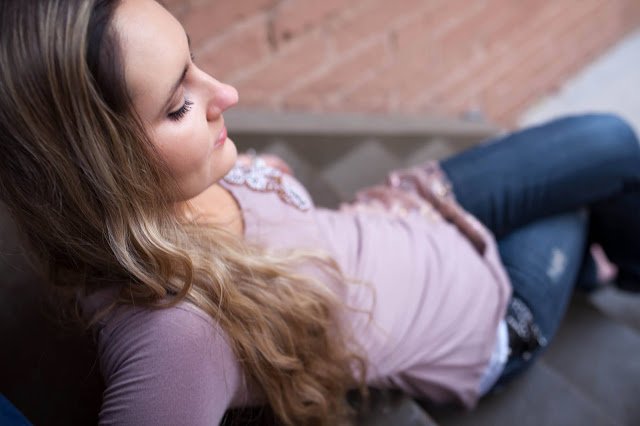 This month's Dream Chaser is blogger extraordinaire, September Fawkes. She blogs about the writing process and all things writerly. She's a go-getter and I wouldn't be surprised to see her chase her dreams all the way to the moon. No dragons stand a chance against this girl!

September is hosting a giveway on her blog. You can enter HERE. There are tons of great prizes you can win. I'm personally eyeing several myself. So...maybe don't enter and that means more chances for me? 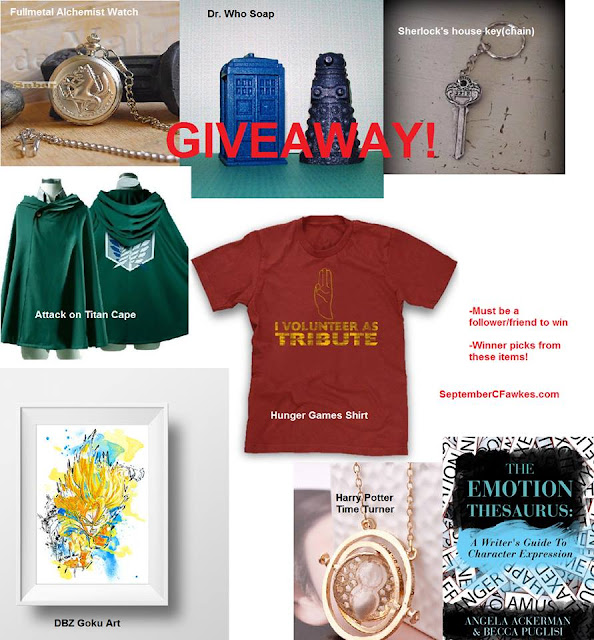 Official bio: Sometimes September C. Fawkes scares people with her enthusiasm for writing and reading. People may say she needs to get a social life. It'd be easier if her fictional one wasn't so interesting. September C. Fawkes graduated with an English degree with honors from Dixie State University, where she was the managing editor of The Southern Quill literary journal and had the pleasure of writing her thesis on Harry Potter. Today she works for a New York Times best-selling author, is penning a novel, and sharing writing tips on her blog, which you can find at www.SeptemberCFawkes.com

Apparently a quarter of people fear public speaking more than they fear death. And if it's not people's number one fear, it's often in the top tier. I've been one of those people.

Growing up, heck, even through college, I hated doing anything in front of people. I liked to be as invisible as possible. When I'm drawing, I want to shut myself in my room. Often my least favorite part in my dance classes was "across the floor," where we had to do leaps or turns and everyone watched us. So of course, I loathed P.E. You know the students who stand around? That was me. Heaven forbid people see me kick a ball. I realize now that it wasn't that I hated the sports, it's that I hated people watching me. And team sports were the worst because everyone was watching me and depending on me

Once in college, I got a paper accepted at a conference. So of course I had to present it there. I went with several other students and a teacher in my department, and I begged them not to come to my presentation--because the only thing worse than speaking in public is speaking in public with people you know in the audience.

For my senior capstone, I did my thesis on Harry Potter, and I had to give a 30-minute presentation on it that was open to the public. Somewhere in that semester, when I was preparing, I realized, if only on a subconscious level, that the reason I hated doing things in front of people was because I didn't have full control of the situation.

No matter how well I prepare, there will be things out of my control. My PowerPoint might not work. Or someone in the audience might be antagonistic toward me.

See, with writing, I can have full control of the words, and if there's a typo, I can just fix it. I can make sure I say what I mean. One of the best things about writing, for me anyway, is that I get to do all the practice and "performing" in private, and when people read it, I'm not in the room. (Usually.) I'm invisible.

But when you present or perform in front of people--you only have some much control over the face you can save, and I'm a perfectionist.

Thankfully I accepted that things are out of my control before my Harry Potter presentation, because one person sitting in the back glared at me the whole time. (Apparently Harry Potter wasn't "literary" or "high brow" enough for her.)

My fear of speaking in public has only weakened from there. I've learned to roll with the punches and not let fear of judgement hold me back. Besides, if you let your personality and enthusiasm show, the audience enjoys your presentation even more.

A few months ago I did something I never imagined I'd have the guts to do: I was a panelist and presenter at Salt Lake Comic Con, the third biggest Comic Con in the world. I was on two Harry Potter panels and I did a 50-minute presentation all by myself.

And I loved it.

So that fear of public speaking? Conquered it.

. . . Admittedly, I still draw with my door closed.

And same goes for writing.

But I'm a lot less paranoid about it!

I hope people can learn from my experiences. Don't let fear hold you back! Better yet, find the real root of that fear and see if you can get rid of it.