Last week, I admitted to kind of stalking Kate before asking her to be this month's Dream Chaser. It's true. But in my defense, she was already friends on Facebook with my cousin and I never dreamed she would agree to accept my friend request because we've never met.

Not only am I completely addicted to her Average Everygirl comics, I binge read two of her books (Kingdom of Ruses and Tournament of Ruses) and about cried when I realized there were no more in the series. She has amazing talent both in characterization and world building.

She's also sassy. And quirky. And loves to draw waistcoats and cravats on stick figures.

She's my kind of girl.

Check out her stuff. You won't be disappointed. Unless you get to the end and want more only to find there isn't any more. (I'll get over it...maybe.) 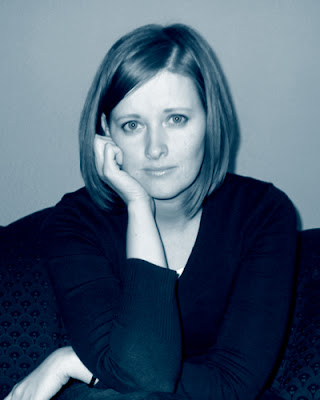 When I hear the term “dream-chaser” I imagine a dynamic figure boldly striding into the world, guns ablaze and heart on the sleeve, with a stalwart determination to catch some treasured McGuffin that proves their inherent worth. The dreams are noble, the chase is active, the looming victories entice…

And nowhere in that imagery do I see myself reflected.

“Chase” is such a high-energy word, and I am anything but high energy. I lack ambition to conquer the world. Sometimes I lack ambition even to get out of bed in the morning. Dream-chasing takes a unique form for everyone, though, I think. I consider myself more of a dream-cultivator, content to sit at home and tend my plot of soil.

It took me ages to accept the label of “writer” because I never intended to publish. I never thought I’d produce anything worth publishing. I saw my dreams as second-rate shades of the dreams that populated the public stage, and too far-fetched to ever come to fruition.

But they were mine and I had nothing better to do than cultivate them, so I did.

For years I tended my plot, laboring under the belief that I would keep it to myself, that no one else would have any interest in what I had to say. I did study my craft, though. I read and analyzed, I delved into language structure and use, I drafted and re-drafted and plotted and uprooted. And somewhere along the way I made a startling discovery: my garden had blossomed, and I wanted to share it with others.

Which went against every instinct I had. I was my own worst gatekeeper, my dream-garden walled off from the world and never a soul allowed to pass into its confines. But discontent with my solitary cultivating took root. Little by little, I let down my guard and went public with my work.

It was terrifying. (It’s still terrifying, in many ways.)

It was also yet another tool to help me hone my craft. There’s only so much we can accomplish on our own. 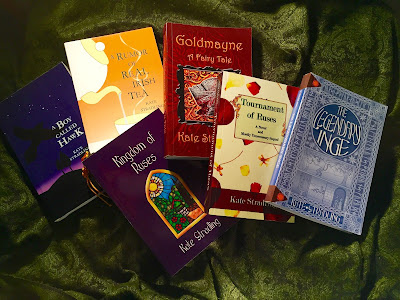 Time, I’ve learned, is an essential element in my creative process. The first novel I published, A Boy Called Hawk (2010), was actually the fourth one I wrote. Its sequel, A Rumor of Real Irish Tea (2011), was my sixth. I published my second, Kingdom of Ruses, in 2012, but not until I’d already written a sequel for it (Tournament of Ruses, published in 2014). Goldmayne: A Fairy Tale (2013) finally saw the light of day a full decade after I first started scribbling its outline. The Legendary Inge (2015) was seven years in the making, and I have half a dozen more manuscripts biding their time in their garden plots.

And all this from a girl who once assumed she had nothing worthwhile to contribute.

My current project, The Adventures of Average Everygirl, is a tongue-in-cheek comic strip that follows the stick-figure Average and her encounters with a slew of literary tropes and settings. The strips come in sets of three, posted Monday-Wednesday-Friday on my website.

It’s a rigorous schedule, and I’m often tempted to chuck it to the wind and retreat back behind my walls. However, as content as I was in my days of quiet dreaming, I was also mostly dormant. When I opened that gate and let others come in, my dream-garden broadened and the plots multiplied and my understanding developed. The feedback spawned growth and change and ambition I didn’t know I had—not ambition to conquer the literary world, but a greater desire to cultivate my little plot of ground to its absolute fullest.

Which really is impossible. The more I learn, the less I know, as the saying goes.

But then, that’s part of the grand adventure. So perhaps I’m more of a dream-chaser than I originally thought.

It's that time of year again. Hearts and cupids and candy, oh my... Dollar signs fill your eyes and your wallet cries when you realize just how much all of that costs, right? It doesn't have to be that way. Next Thursday we'll talk about celebrating on the cheap. All the love for a portion of the cost. Winners all around!
Email ThisBlogThis!Share to TwitterShare to FacebookShare to Pinterest
Labels: Dream Chasing