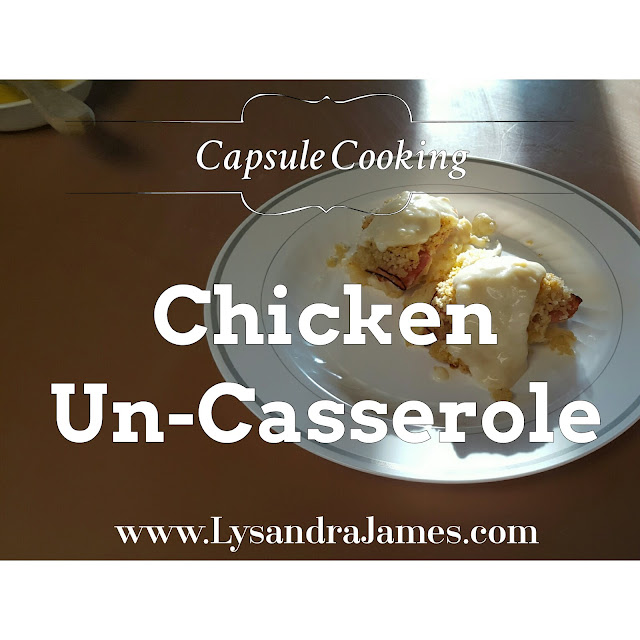 It's a cold, wet, miserable day and all I want to do is curl up in my super soft fluffy blanket with some hot chocolate and binge-watch Netflix. Man, does that sound good about now. Since that's not about to happen, I'll settle for the next best thing - making a hot dinner.

When I was a kid, a hot dinner meant spaghetti, ham-fried rice, or tacos. Not too shabby. I still drool when I smell ground beef cooking up with onions.

Looking back, it feels like we had that a lot. Enough that the phrase "tuna noodle casserole" is now outlawed in my house. In the sixteen years my husband and I have been together, that monstrosity has NEVER been made nor will it.

Unfortunately, that dish has ruined casseroles for me. I don't make them even though I do like most of them. It just doesn't happen. The problem is that casseroles are so dang easy to make! Throw a bunch of stuff into a pan and bake. You can't get much easier than that.
Which is why I love this capsule. The ease of a casserole, but none of the yuck.

Preheat oven to 350 degrees. Slice the chicken into 1/2" thick slices and place in bottom of a greased baking dish. 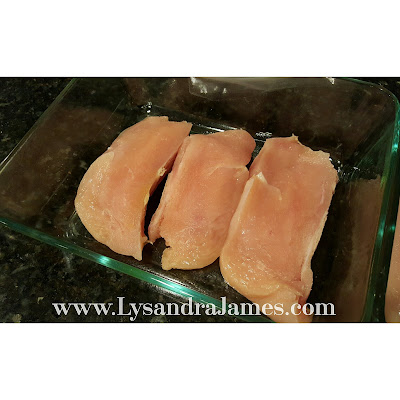 Layer deli meat and cheese on top, making sure chicken is completely covered. 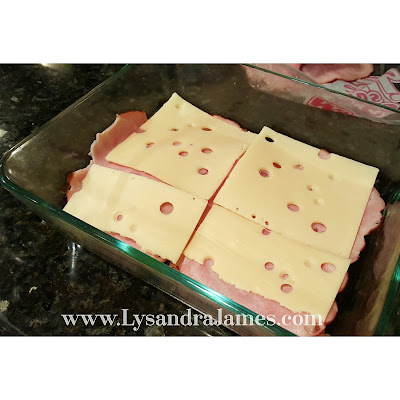 Combine bread crumbs and melted butter. Sprinkle on top of cheese. Bake for 30 minutes or until internal temperature of chicken is 165 degrees. 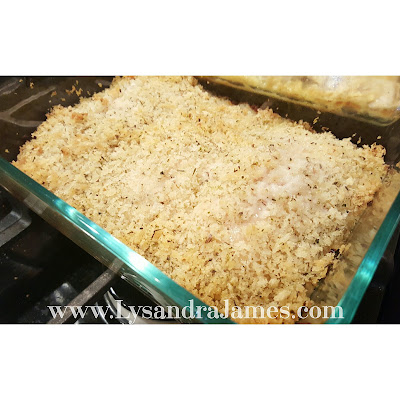 Parmesan-Dijon Cream Sauce:
(from The Girl Who Ate Everything)

The original recipe I based this capsule on came from The Girl Who Ate Everything blog. It has become my go-to Chicken Cordon Bleu recipe, although I use panko bread crumbs instead of regular. The simple prep, the amazing sauce...perfection! But, as you know, we improve upon perfection here and take it to the next level.

I love using Christina for a test kitchen. She does multiple rounds and really goes the extra mile in her creations. For her first round, she tried the original recipe from The Girl Who Ate Everything, but with a few modifications to the sauce. Instead of dijon mustard, she added chili powder, a dash of garlic powder, and a dash of cayenne. (That girl likes it hot!) 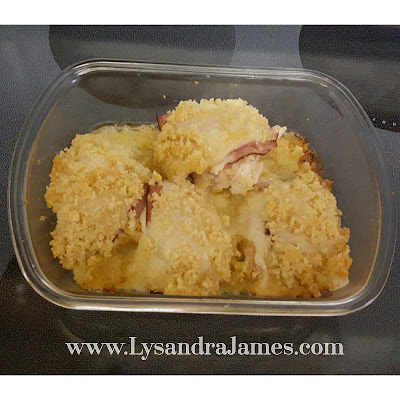 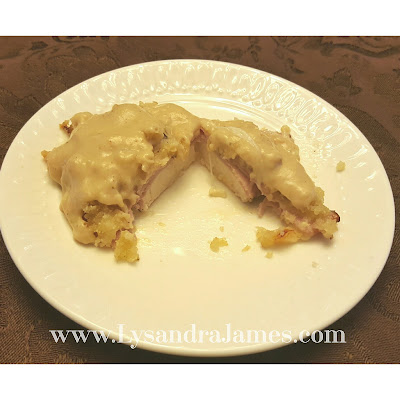 For round two, she played with the sauce again.

"I used smoked gouda instead of parmesan and omitted the salt, bouillon, dijon, and Worcester sauce for a simpler  (less salty) flavor.  I did sprinkle the chicken with a little chili powder for flavor. I probably could have added cayenne, but was worried about adding too many contrasting flavors.  The gouda was creamy and smooth. Yum!" 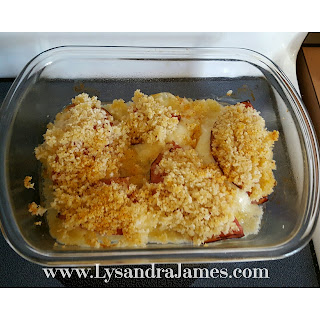 One suggestion she had to make it even better was to crumble bacon on top. Seriously? Uh, YES. Bacon makes EVERYTHING better!

Julie has been one of my test kitchens since the beginning and for good reason. Her take on each capsule has opened my eyes to even more possibilities than I could ever have devised on my own.

Like Christina, Julie stayed with the original sauce - only omitting the parmesan and worcestershire sauce - but she changed up the main dish itself.

"I used three different cheeses on the chicken. One breast had Colby Jack, one had blue cheese, and the other pepper jack. I put the cheese right on the chicken, covered them in sauce, then put dry stuffing mix over the top. I melted 4 tablespoons of butter and drizzled that over the stuffing. They were all really good and flavorful!" 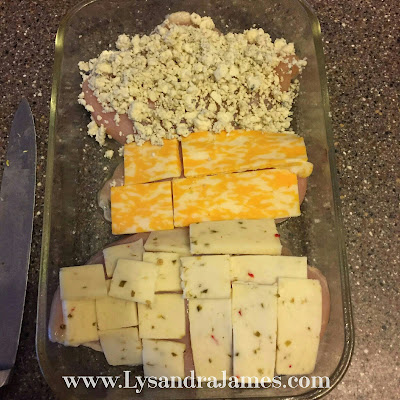 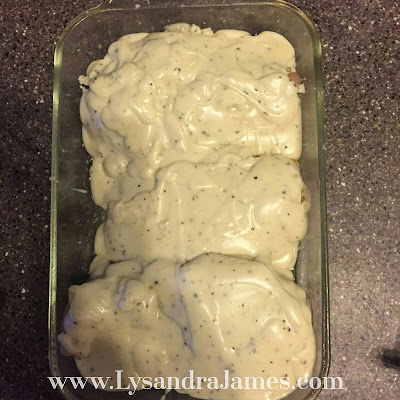 I went crazy and changed it all. First thing I did was spread green taco sauce on the chicken. In hindsight, I was too stingy on the sauce. That chicken should have been SMOTHERED. Oh, yeah... 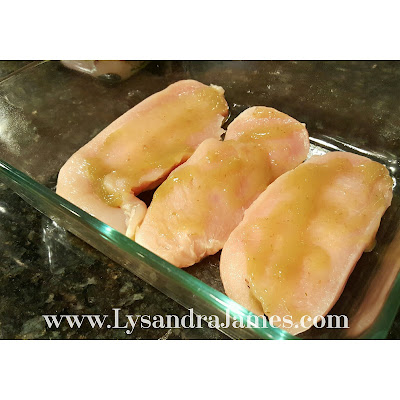 Then I topped the chicken with pepper jack cheese. I've been craving spicy things lately and this totally fit the bill. 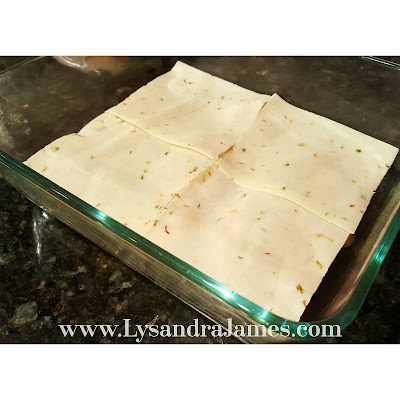 Then, instead of bread crumbs, I crushed up tortilla chips and sprinkled them on top. I baked as directed. 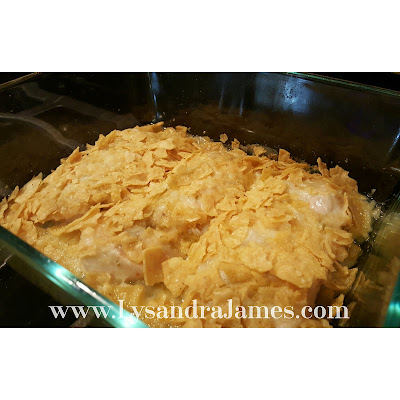 I served it with salsa on top. Wow. It was so good. And it reminded me of chicken enchiladas. Without all the fuss. Sweet! 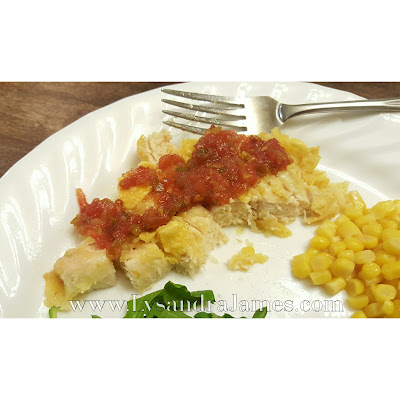 Another variation I've done in the past is to omit the deli meat, use provolone cheese, and top with seasoned breadcrumbs. Then serve it with a marinara sauce and pasta. Mmmm...so good.

What kinds of concoctions can you come up with? How will you change this up? Dice the chicken and pour sauce directly on it before adding the cheese? Add bacon or vegetables? Clean out the fridge with this one. The possibilities are endless!

It's Dream Chaser time again! Next week, we have the pleasure of hearing from Shallee McArthur - author of The Unhappening of Genesis Lee. I grew up reading Ray Bradbury and addicted to science fiction, so I had high expectations coming in to this one. Shallee did not disappoint. I was hooked until the end. But enough of that for now. Check out her guest post next Thursday!
Email ThisBlogThis!Share to TwitterShare to FacebookShare to Pinterest
Labels: Capsule Cooking, Food & Drink