I first met Shallee at the LDStorymakers Conference last year where we bonded over Doctor Who and all things nerdy. On a whim, I picked up her book - The Unmaking of Genesis Lee - at the conference bookstore and read through half of it that same night. (The other half had to wait until I was no longer super droopy-eyed and exhausted from conference mayhem.) This girl really knows her stuff!

But enough talk. Let's get to the good stuff.

Take it away, Shallee!

Chasing a dream sounds so poetic, doesn’t it? Like it should fit neatly in a meme to share on Facebook, or an artsy picture to Pin on Pinterest. Dreams are lovely things, after all, and running after them in a flowy dress through a meadow sounds idyllic.

Unfortunately, memes and meadows can lie.

Now, don’t run away! I’m totally not playing Debby-downer, here. I’m not putting down the idea of chasing dreams. It’s just that I found out that chasing dreams is a lot more complicated than I could ever fit in a meme. (Although, I am just a bit bummed I haven’t yet found occasion to dress up and frolic in a meadow. I need to get on that…)

I’ve wanted to be published since I was a teenager. In fact, I was published as a teenager, in a (ahem) lovely short story anthology that I assumed would guarantee me the fast-track on the Rainbow Bridge to Famous Authordom. I wanted that dream desperately—stories I wrote and loved, out in the world where people would laud them and weep over how my books had changed their lives for the better. I wanted it because books had done that for me, and I loved them for it. (Also, I wanted it because I was a teenager. I was narcissistic. ALL GLORY BE TO ME AND MY WORDS!)

That dream never wavered. I majored in English lit with an emphasis in creative writing at BYU. I wrote short stories and novels with glee, awaiting the day when the Publishing Genie would descend to grant my greatest wish of a writing career. Then I took a class that actually showed me HOW to achieve that dream. And it sort of involved work, not waiting around for my publishing godmother.

Okay. I knew how to work, and now I knew what work to do. I joined a critique group, wrote like a maniac, researched agents, queried, got rejected, wrote another book, and voila! I got an agent. And then a book deal. And then I held a published book with my name on the cover, and sat in bookstores signing it for people who were excited to meet me.

It all sounds idyllic, right?

You know what else happened in the midst of all that? I developed depression and anxiety. I had a major health crisis and got diagnosed with an autoimmune disorder. And that publishing deal? It took around nine months of rejections to get that. I’ve done signings where the bookstore forgot I was coming, and events where I found out last minute my book had never been ordered. I had a crisis of writerly faith that I’d never get another book written. I had detours and setbacks in my publishing journey that I won’t specify, but that have completely changed the path I was on.

I chased my dream of publishing a book. I got that dream. And honestly, there was very little about it that was idyllic.

You know what it was instead? It was one grand adventure. Crap happens on adventures. So do miracles. So do friendships and hardships and setbacks and wrong turns and glorious achievements. Dreams are a grand thing to go adventuring  after, and as author Pierce Brown has said, “Everything grand is made from a series of ugly little moments.”

I’m still not done with my dream. I’ve only got one book out so far, and I have so many more I’m determined and excited to share. But I’ve changed my perspective. The adventure doesn’t happen just in the achieving of the dream at the end, but in all the try-fail (and try-triumph) cycles along the way. So my new mindset isn’t about chasing something. It’s about keeping up forward momentum. Let the good times roll. Let those ugly little moments come. If I move forward through them, keep up my momentum, I’ll have that grand adventure toward my dream.

See, I told you I’m not a Debby-downer.  Is Sally-sappy a thing? 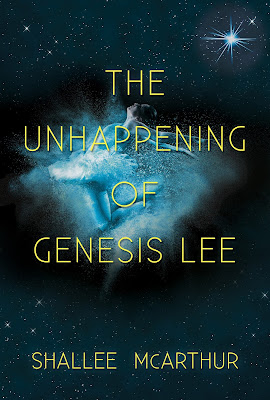 
To read my blog or learn more about me and my books, check out my website or Twitter.

Next week is how to create an invitation...the right way. What to include, what not to include, the proper RSVP format, etc. Especially handy for your kid's last minute birthday party!
Email ThisBlogThis!Share to TwitterShare to FacebookShare to Pinterest
Labels: Dream Chasing