I love doing Dream Chaser posts. The best part is learning how people have overcome adversities (a.k.a. slain their dragons) to chase their dreams. I'm not sure if you've noticed a pattern, but my Dream Chasers have all been authors. There's a reason for that.

YES. Because that's my dream, too! (If you didn't guess that, I don't know what's wrong with you. Just kidding. I love you. Please don't stop reading my blog.)

Speaking of chasing dreams, I have an announcement:

BETWEEN SHADOW AND LIGHT is finally DONE!!!!

I did it! I finally finished it and I'm ready to start querying. Which is a good thing since I'm pitching it to an agent next week at the LDStorymakers Conference. Not only that, but I'll find out how I did in the First Chapter Contest. The first chapter of Between Shadow and Light is in the running. Fingers crossed!!! 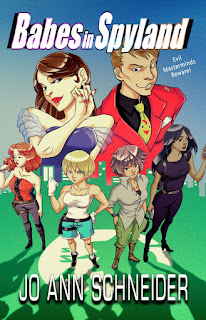 I met Jo at that same event at my kid's school that I met Cindy Bennett, last month's Dream Chaser. It was obviously a very authorly day for me. Since then, I've laughed at, I mean, with her on Facebook with her snarky comments and geeky memes. She's a hoot! 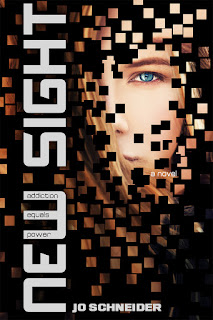 As with all my Dream Chasers, I made it a point to read one of her books - Fractured Memories. Wow. Definitely worth the read. If you're into zombie apocolypse and kicking butt kind of stuff, this is right up your alley. This book was intense. I shall never think of the word "skinny" the same way again. *shudder* 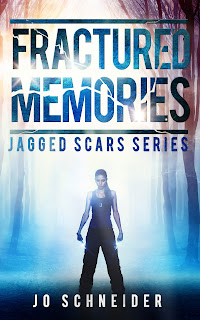 Severed Ties is book two of the series and may end up on my Kindle by the end of the day. Okay, there is no "may" about it. I have to know what happens! 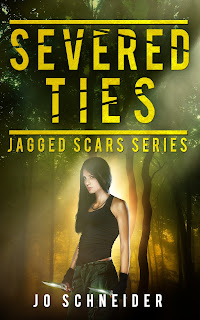 Just like the characters in her books, Jo isn't the kind of girl to do things like everyone else. If you've read any of her social media posts, you'll know that's true. That quirky unique attitude applies to her Dream Chaser post, too. It wasn't at all what I expected and I think I loved it all the more because of it. 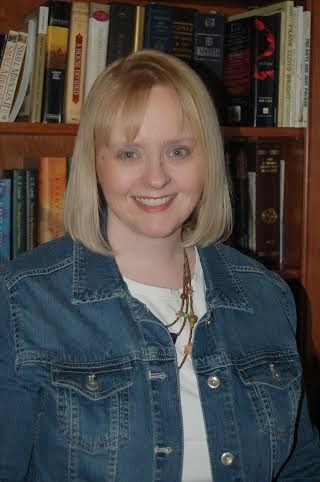 Let's get personal; I'm a short, extra round, blonde girl with a lack of physical grace and a secret dream to be a Jedi.

Sadly, I never adopted an active lifestyle. My friends always joked (I choose to believe they were joking) that if we were ever attacked, they would simply have to outrun me, because I was the slowest and had the biggest, uh, never mind.

Let's just say that I wasn't picked last in gym class, but I was always in the bottom five.

When I was twenty five, a local martial arts group came to a church activity and did a demonstration. They showed us how to get away from an attacker that was grabbing you by the collar of your jacket.

Much to my shock and awe, I followed the steps and I did it.

I was astounded. I, in all of my pudgy glory, could protect myself from some guy who was grabbing me? I could do that? By myself? AND I got to elbow him in the face?

Then they let us kick some big pads as hard as we could, and I was sold. Ninjas are sort of like Jedi, right?

Two weeks later I plucked up enough courage to go to the dojo and check it out. The instructor may have thought that his flirt-to-convert powers persuaded me, but I'd already made up my mind. I wanted to be able to protect myself. Okay, fine, I wanted to punch stuff!

When I started I couldn't do a decent squat. My lunges looked like a strange leaning forward thing, and it was easier to touch my neighbor’s toes than my own. We did these drills where we would perform some ridiculous exercise for two minutes. Things like knuckle pushups, army crawling, burpees...stuff I couldn't even do one of, let alone two minutes worth. But I tried. I got really sweaty a lot.

After the hard exercises, we would learn some cool technique. How to dodge punches, how to roll out of the way without breaking your neck (which I almost did), how to take a knife away from someone, how to kick someone hard enough to stop their momentum and keep yours...it went on and on. The pain of the two minute drills, not to mention fifteen or so minutes of punches and kicks (although I do love punching and kicking) was worth it to get to the techniques.

Each night after class, I would write down what we worked on in a little journal that I'd bought.

As time went on, I began to test through the ranks, and while I was never the best martial artist in class, I was consistent, I practiced, and for a long time I could remember everything I needed to know to advance.

After about eight months of training, during one of my belt tests, we did some running.

Yes, I was still the slowest.

I didn't realize it at the time, but I put a small tear in my Achilles tendon. It hurt like crazy for a week or so, but after a test what doesn't? When after a few months it didn't get better, I went to the doctor. Then another doctor. Then physical therapy. Then to another doctor who threatened surgery.

The recovery rate for Achilles surgery didn't impress me, and I wanted nothing to do with slicing and dicing—plus we had a horrible instructor at the time—so I quit Kempo. I was out for a year. My ankle got better, and then I started having dreams about going back to the dojo. Each time I drove by I was drawn to the place, much like the proverbial moth to the flame.

In my own little heart, I wondered if I could get that black belt. Could I finish what I had started?

One day I turned into the parking lot and went into the dojo. There was a new instructor, an awesome instructor, who once again thought his flirt-to-convert powers won me over. In reality, it was the way the place made me feel when I went over the threshold.

I'd been through a lot in the dojo. Laughter. Tears. Almost concussions. Torn tendons. My first perfect spinning hook kick. Whiplash. Sprained bits and pieces. Throwing large, grown men on the ground with ease. More bruises than I can count. Sore muscles in every inch of my body. I once lost a contact sparring. It all came back to me, but what rose to the top was the sense of accomplishment I remember having after my first belt test. The move from white to yellow.

As I looked at the row of belts and noted that I was only a blue belt, and black belt was still really far away, all I could think about was that first step. The test had been brutal. I could have sworn that I almost fainted twice. I was sure at one point I would never breathe again. But I'd passed.

Then I'd passed three more. And I could do it again.

The moment I signed up the second time, I knew that I was there for a black belt. I told others that I planned to stay until I either got hurt again or got bored. I lied.

It took me a few more years to get that black belt. I'm not a fast mover, and even though I did get into better shape, I've never been super athletic, so it took me a while.

The black belt test was hard, but I knew I'd done everything I needed to do to get there. I'd spent hours sparring, practicing techniques and forms with other brown belts. I'd had hundreds of rubber knives try to stab me and PVC clubs try to take my head off. I was ready. And in the end, I knew before we started that I would pass. Even if I couldn't run as fast as the others or kick as high, because what I could do well, I did really well.

I'd waited a long time to get to that test, and no one was going to take it away from me. I may have been a secret dream, but once I figured out I wanted it, I chased it to the end. And I caught it!

It was an unexpected journey for me, but it's made all the difference in my life. Years of nit-picky corrections and encouragement from Kempo instructors prepared me for harsh critiques in both my job and my other hobbies. I learned that there are layers to techniques that never really end, and that even if someone has more natural talent than you, hard work is the key to every success.

That and never giving up. Because, as Victor Kiam says, even if you're falling on your face, you're still moving forward!

Jo Schneider grew up in Utah and Colorado, and finds mountains helpful in telling which direction she is going. One of Jo's goals is to travel to all seven continents—five down and two to go.

Another goal was to become a Jedi Knight, but when that didn't work out, Jo started studying Shaolin Kempo. She now has a black belt, and she keeps going back for more. An intervention may be in order.

Being a geek at heart, Jo has always been drawn to science fiction and fantasy. She writes both and hopes to introduce readers to worlds that wow them and characters they can cheer for.

Jo lives in Salt Lake City, Utah with her adorkable husband, Jon, who is very useful for science and computer information as well as getting items off of top shelves.