The past few weeks I've been struggling with an increasingly worsening back problem. While I currently have an appointment with a surgeon in late July, I'm worried that won't be soon enough. I am trying to keep a positive outlook. I'm working on my writing and helping others with theirs. Most days, it's enough.

Some days, it's not.

On the bad days, I find myself counting my blessings that I have such an amazing support system. Most importantly, my husband. He has literally carried me when I couldn't support my own weight and sacrificed so much to care for me.

He's also supported my dreams and given me the stability to chase as long and as hard as I wish. For that, I will be forever grateful.

A few months ago, he encouraged me to go to LTUE (Life, the Universe, and Everything) in Provo. It was an opportunity to meet up with writer friends, attend a few classes, and learn new things. While I enjoyed the experience, I found myself restless and wandered the halls for a time.

I sat next to a woman and got to chatting. Much to my delight, she and I had a wonderful conversation where I discovered she was a published author. Not one to pass up an opportunity, I asked if she would like to be a Dream Chaser. She readily agreed.

Her name was Melissa McShane.

As with all my Dream Chasers, as her guest post drew closer, I read one of her books - Servant of the Crown. It quickly drew me in and I was transported to another world - one of Victorian steampunk with a bit of magic thrown in. I loved it. Enough that I may have to write a story in a similar world.

There was intrigue, there was romance, there were fantastical steampunky elements...I was both satisfied and disappointed when the story ended. 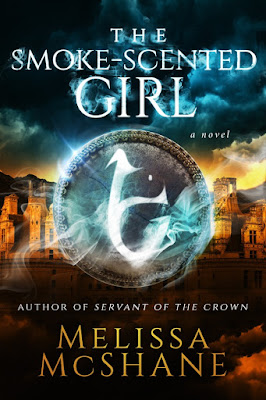 In my first life, I was not a fiction writer. I wrote critical essays and book reviews for literary organizations. I read a lot, I raised my children, I participated in church activities. I was funny and outgoing and I liked hanging out with friends and going to conferences. It was a great life, and I wouldn’t have chosen to give it up.

After my fourth child was born, I noticed a change. Getting out of bed was impossible. Caring for my children was impossible. Then, by afternoon, I’d be fine and full of energy. I thought it might be postpartum depression, but when I described my symptoms to my doctor, he came back with an unthinkable diagnosis: bipolar disorder.

It was the beginning of a ten-year-long struggle with mental illness that gradually stripped me of everything that made me who I thought I was, everything but my family and my faith. I dropped out of the organizations I’d participated in because I couldn’t guarantee what my mental state would be when they were counting on me. I had to stop homeschooling all but one of my children because I was unreliable. I curled in on myself because I couldn’t bear letting my moods hurt the people I cared about.

Ten years of medication and therapy, and one day—I woke up. It felt exactly like waking from a nightmare. I wasn’t cured (there’s no cure for bipolar disorder) but I was controlled. I felt energized for the first time in years. And I wanted my life back.

So I started looking for things to do. I love creating things, permanent things, and I had the desire to build something that would last. And immediately I discovered that the world hadn’t sat around waiting for me to recover. With the help of my family, I had to build a new life. I tried all sorts of things—writing reviews, jewelry making, board game creation—and I failed at all of them. Some inspirational story, huh? I even wrote a book that will never see the light of day. It was discouraging, and I found myself drifting back into old mental ruts.

But I still had the desire to create something, and I couldn’t bring myself to give up on it. I had an image in my head, a robed woman approaching an ancient city. The woman was a priestess of the god of Death, and she traveled the world teaching others that Death is not to be feared. And I knew there was a story in there somewhere. The problem was, I’d already written a novel and it had been a bad experience. I could, at that point, have given up on this new idea. Instead I decided to give it another go.

I started writing on April 26, 2013. I wrote like a woman possessed. It felt like flying, like every day of those lost ten years came pouring out of me onto the computer screen. It took six weeks to write Emissary, and when I finished, I immediately started casting about for a new idea because I wanted more. I wrote, in total, five books in 2013 and another five the following year. Even now I feel as if I’m racing my own thoughts, trying to keep ahead of that need to write. Writing is the most extraordinary feeling, and I am astonished at how close I came to giving up on it. 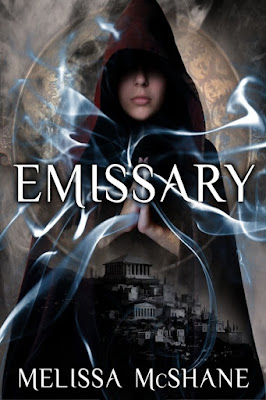 Somewhere in there, I realized I didn’t just want to write; I wanted to publish. I researched my options and decided to take the hybrid route. Five of my books are indie published, with a sixth, Burning Bright, coming out this August from a traditional publisher. It’s so wonderful to be able to hold my books, those tangible representations of my passion to create. I love hearing from people who’ve been touched by my books, though it’s also a little strange to think that the ideas in my head turned into something other people can read. There’s always going to be a part of me that’s still back at April 26, 2013, just starting out on an idea, unsure of where it’s going but refusing to give up. 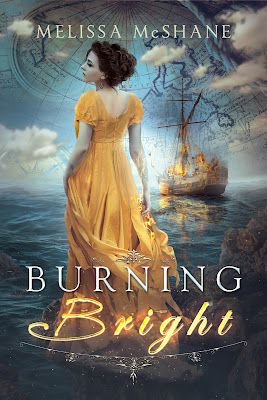 We all go through changes in our lives. Some of them are dramatic; others are simple. In either case, change can be hard. Leaving behind one life for another is hard. What makes change beautiful is never knowing what doors will open for you. Keep moving. Keep dreaming. Never let life stop you becoming who you’re meant to be. 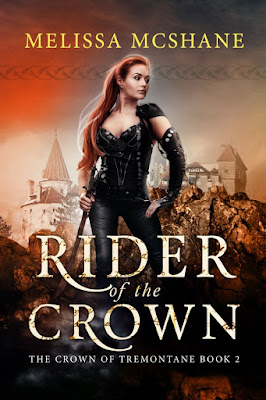 Bio: Melissa McShane is the author of the fantasy novels Emissary and The Smoke-Scented Girl and the novels of Tremontane: Servant of the Crown, Rider of the Crown, Agent of the Crown. She wrote literary criticism and book reviews for years before discovering how much fun fiction writing was. When she’s not writing, she enjoys reading, playing board games with her family, and battling the weeds in her front yard for supremacy. She lives in Utah with her husband, four children, and three cats. 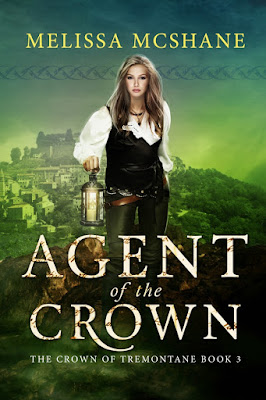