7 Signs My Child Is a Monkey 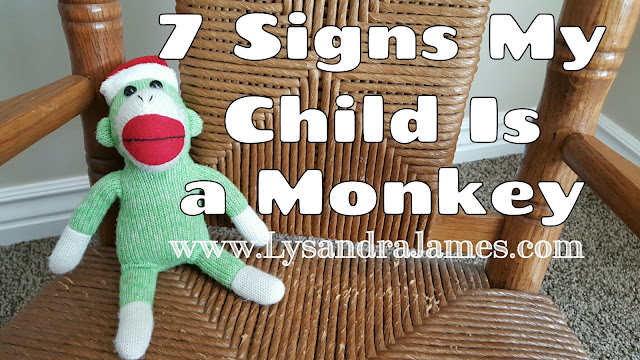 As a mother of three boys, my life is full of dirty socks, strange smells, and enough noise to wake the dead. My friends who are the mothers off all boys are all shaking their heads right now in empathy because they KNOW.

While my oldest two are crazy in their own rights, I'm convinced my youngest is a monkey in disguise. I have proof, too.

Yes. My child IS a monkey, despite what the doctors say.

It's a good thing that, like monkeys, the kid is so darn cute and sweet. Otherwise, I may have sold him to the zoo a long time ago.