Normally, when I feature a Dream Chaser, it's as a guest post and they tell how they're chasing their dreams.

This month, however, I'm shaking it up a bit and celebrating my good friend's book launch instead. Because I'm nice that way. And because she just had to go through her second root canal this year along with other not-so-nice stuff. So I'm spoiling her just a bit. (Love you, Alyson!) 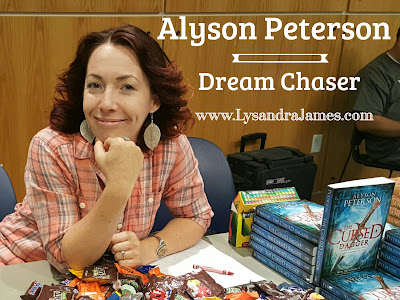 I met Alyson Peterson at my kids' school at the beginning of this year. She was promoting her first book - Ian Quicksilver: The Warrior's Return. We started talking and just never stopped. In fact, afterwards, I was talking to another friend who had been there and she asked how long Alyson and I have known each other. She was shocked to learn we had just met.

That's how it is every time we get together. Chatting leads to joking which leads to goofing off which leads to rolling with laughter. We tend to rope others into our shenanigans as well. Because we're just that cool. 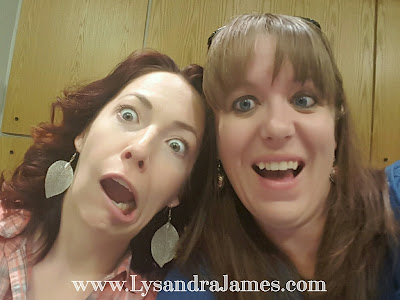 Besides the whole "instant friends" thing, the thing I love most about Alyson is how fiercely strong she is. Not kidding. Yeah, a bad day may get her down for a bit, but she comes back fighting. Nothing keeps her down for long.

She's also got my back, no matter what. So don't mess with me. I'll sic her on you.

Seriously though, this girl is amazing. Not only does she write snarky YA fantasy with a uniquely Alysonian flair, she's also got a black belt in Taekwondo. In fact, at her book launch for The Cursed Dagger last month, she had an entire martial arts demonstration. Who does that?

That's right. She does.


I had the privilege of reading The Cursed Dagger before it was released, but because of my surgery and such, I wasn't able to post about it until now.

Let me tell you, it is worth the read. I loved Ian Quicksilver: The Warrior's Return, which is book one in the series. Bob has to be one of my favorite characters, even though he plays a minor role. Ian and Arianna, the two main characters, are pretty amazing, too. The sassy banter, the exaggerated teenage drama, the gym teacher from...uh....space. (What did you think I was going to say?)

And I'm not just saying that because she's my friend. It really is good. 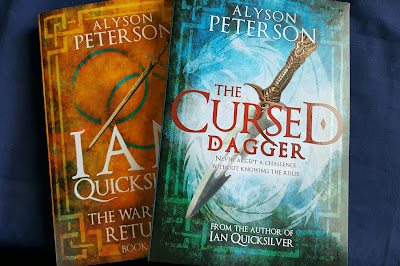 Book two, The Cursed Dagger, followed on its predecessor's heels in a fantastic fashion. Even more sassy snarkiness, more intrigue, more Bob (though not as much as I would have liked...go Bob!). Throw in a wizard who's trying to prevent a curse from being broken, a cursed dagger, and a dragon and you've got a recipe for disaster.

Yes. I loved it. Enough that I now own both books. Signed copies, of course.

Rumor has it (meaning I got it from Alyson herself) that more will be coming. I don't know about you, but I'm excited to see what's in store for Bob.

Oh, and Ian and Arianna, too. *insert cheesy grin here*

If you haven't read her books, do it. Especially if you love YA fantasy that will make you laugh out loud. And if you ever get a chance to go to one of her book signings, you need to go. She bribes me, I mean, everyone with candy. The good stuff even. Mmmmm...chocolate....

What are you waiting for?

You can also purchase Ian Quicksilver: The Warrior's Return and The Cursed Dagger on Amazon in both paperback and Kindle formats.
Email ThisBlogThis!Share to TwitterShare to FacebookShare to Pinterest
Labels: author, book review, Dream Chasing, writing