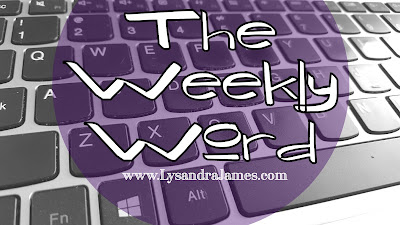 After an emotional meltdown last Monday, I went into a complete social media purge for the following twenty-four hours. Turns out that's exactly what I needed to get myself back on track.

Well...that and I missed out on the worst of the pre-election-results vitriol and hate. Man, I hate politics.

Since I don't like to dwell on the unpleasant, especially if I can't do anything about it, let's get to celebrating.

Yes. Celebration is most definitely in order.

On Tuesday, I went into overdrive and added nearly TEN THOUSAND WORDS to my rewrite. That took me from two weeks behind schedule to a mere two days (according to my outline). AND I'm only 3500 words shy of where I wanted to be at this point in the story. I can easily make that up in the revisions.

Not only that, but I knocked out another FIVE THOUSAND words on Thursday. Add the far less impressive totals from the other days and I managed to add TWENTY THOUSAND words last week. I made it to Chapter 30 on my outline. Sweet!

Apparently Tuesdays and Thursdays are freakin' awesome days for writing. *jots that down in my handy dandy planner which I'm now using on a semi-regular basis*

If you can't tell, I smashed last week's goals to smithereens. Like completely crushed them.

And did I mention I made it past the midpoint of my story?

- Dedicate Tuesday and Thursday as writing days, just like I did last week. I don't expect last week's numbers, but anything close will be amazing!

- Fill in those three stupid holes in my outline. They're scary big. Five, seven, and four chapters long. That's sixteen scenes I need to brainstorm. I'm now cursing past me out. Bad past me, BAD! That's my focus for today.

- Get through Chapter 35 on my outline. Which means I need to outline Chapters 32-35 to make that happen. And probably Chapter 36 as well. Chapter 37  is already figured out since it's a major plot point. At least past me didn't mess THAT up. *grumble, grumble*

My Challenge for You

If you're stuck or falling behind, take some time to figure out why. What factors are affecting you? What else do you have on your plate? Are you trying to juggle too many things at once? Are you overly stressed about something?

Try removing one thing - just for 24 hours. It doesn't have to be social media (although that's a biggie). It could be avoiding leaving the house or taking a much-needed break from certain obligations. Take that time to focus on what matters most to you. The progress you make may be enough to get you back on track and it'll be a huge boost to your morale.
Email ThisBlogThis!Share to TwitterShare to FacebookShare to Pinterest
Labels: Dragon Slaying, Dream Chasing, update, Weekly Word, WIP update, writing